Subscribe
Mind Body and Soul
Tzipora Shub, LCSWNEFESH International Publications and Information
Subscribe to this blog to get the latest updates emailed to you Subscription complete
Open reader view Its Not On Me
Tzipora Shub, LCSW
September 1st, 2021 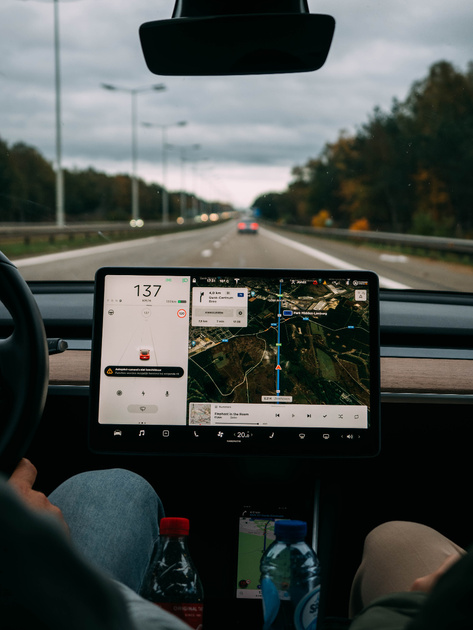 My trusty 2008 Honda Accord was in the shop (it had been acting a bit less trusty than usual), and my very generous friend who was going out of the country on vacation offered me her brand new Toyota Corolla to use while she was away. It’s sleek, compact, smooth, and still has the new car smell. We were getting along great, the car and I, until it started telling me what to do. (I see some married people nodding at this point. You get it). At first it was something small and friendly. I had spaced out for a few seconds at a red light and it made a beeping sound and flashed the message “vehicle ahead of you has moved.” I can deal with that. Then I turned the wheel a bit too much when driving straight and got a “lane departure” signal. When I took my hand off the wheel for a second to open my water bottle I got, “keep hands on the wheel.” I kid you not. It was like having a built-in backseat driver. And for those of you that are using this to judge my driving abilities, let me be quite clear that my Honda never had a problem with me in over ten years. It’s not me. By the time I finished the first drive (did I mention that it was just a 5 minute ride?), I was just about done with these friendly reminders, when I turned off the car and got the message, “look in back seat.” I thought that was an impressive safety feature, but the next moment I had the thought, “but it didn’t remind me to look both ways when I got out of the car.” Now that the ride was over I was back to relying on myself and it took me a minute to adjust.

I am not denying that the car is sophisticated, very attuned to the driver’s movements, keyword: VERY, and has many important built-in safety features. But I wonder about a new generation of drivers learning to drive in these cars. I wonder more importantly about an inadvertent message about responsibility or lack thereof. At what point do I need to learn to rely on my own judgment? When does mommy stop reminding me to take a jacket when it’s cold outside? And whose fault is it if I get sick?

Personal responsibility comes up in so many ways in the therapy room. Often, when people share a story that happened to them, it ends with some form of the question, “so was it me or was it them?” A mother wonders if it’s her responsibility to be patient with her 6 year old daughter who acts out in aggravating ways and reminds her of her ex-husband. A young adult wonders if it’s her responsibility to respond cordially to her parents when they lack proper boundaries. People often ask what to do and are clear that they prefer I decide for them, even if I would be wrong, because at least then it’s on me and not on them. (To which I respond “no thank you”. I’m trying to take responsibility for my own choices and that is quite enough).

The truth is, responsibility is scary. It’s scary because we know we won’t always get it right. We will rely on our judgment and sometimes that means we will make the wrong choices. At times, Wewill end up hurting others. We may turn down valuable offers or accept a deal that is wrong for us. We may say the wrong thing to the wrong person at the right time (which would still make it wrong).

There are other truths, too. Truths that may be cliche but are still true. Mistakes can be the greatest teachers. We are often more deserving of our own trust than we give ourselves credit for. And, most importantly, the only way to learn to trust ourselves is to stop handing out our personal responsibility to any person willing to take it.

And my response to the little Corolla with all her great tips. “I want my Honda back.”

Photo by Brecht Denil on Unsplash