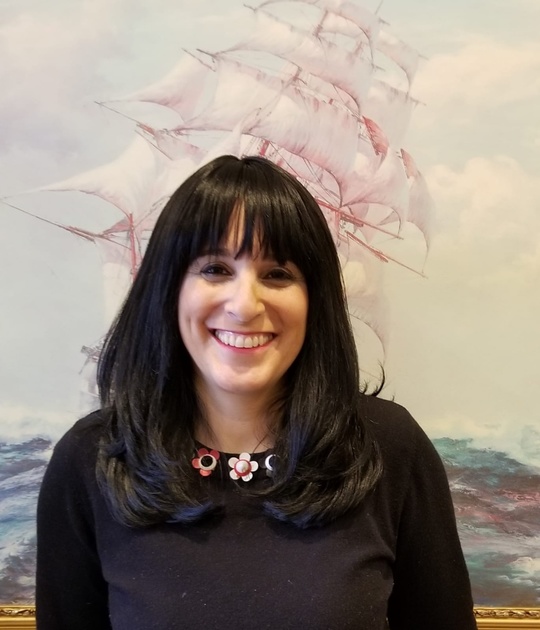 Subscribe
In My Mind (and on the couch)
Mindy Blumenfeld, LCSW
Click here to view my clinical profile
A Selection Of Articles, Musings, And Information Detailing The Struggles Of The Ordinary Person; A Celebration Of The Individual's Resilience To Overcome Challenges And Live Authentically.
Subscribe to this blog to get the latest updates emailed to you Subscription complete
Open reader view Desperate But Not Mentally Ill: a shidduch question for the shidduch season
Mindy Blumenfeld, LCSW
August 6th, 2018 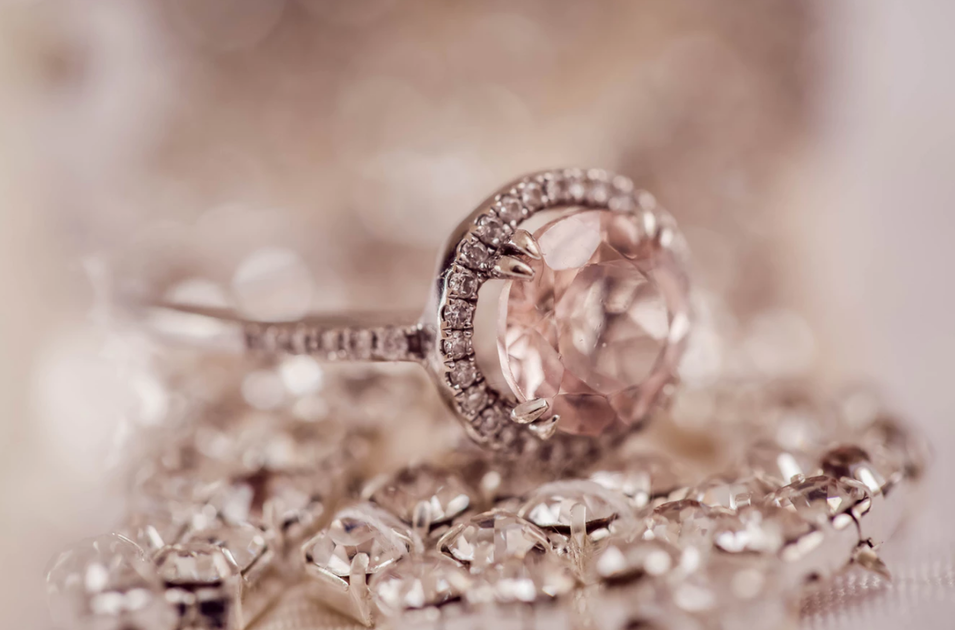 Dear Mindy, I know this is not a question that can be really answered in a column, but I feel whatever light you can shed on this issue will benefit not only me but many of my single friends. I am a divorced 28 years old in shidduchim. As you can imagine, I am being redt the strangest suggestions. Even though I am a fairly mainstream Bais Yaakov-type of girl, teaching in a local high school, it's not only my age and divorce status that is a problem in dating. My parents are not doing well financially, and my grandparents from both sides are not frum, as are most of my aunts and uncles (although both my parents are successful ba'alei teshuva integrated into the community). When shidduchim are being redt, I am wondering if I would be crazy to consider a boy with a confirmed mental illness if he is stable and under the care of a doctor.

Let us get one thing straight: mental illness is a very, very, very broad term for any illness that is found in the DSM 5, the fattest medical book you have ever seen that lists every single, bingle mental illness that exists. Included in this book is adjustment disorder (like how I adjust to new situations), anxiety (being a worrywart), conduct disorder (the kind I was in school), caffeine withdrawal (like on Tisha B'av when you are fasting), caffeine induced anxiety disorder (snapping at your kids when you forgot to have your morning coffee), insomnia, enuresis (bedwetting), and tobacco use disorder (for people addicted to smoking).

I am totally not kidding. Give me a single person who has not had one of these mental disorders somewhere in their lifetime, and I give you a million dollars. So when you talk about mental disorders, as a therapist, I really need to know what you are really referring. Because joking aside, there are many types of mental disorders that can be crippling to live with—but they present as socially acceptable so that we don't think twice when we hear someone has any of them; and some disorders are so scary-sounding, but with the right care can be nicely managed for optimum quality of life. Among the former are anxiety (worry about sleeping alone for a night or a baby catching germs), phobias (of tunnels or highways), depression (sporadically cooking supper), or substance-dependence (popping Advil). Among the latter, scary-sounding diagnosis that can often have good prognosis are OCD, postpartum anxiety or depression; and bi-polar disorder.

Your question is an important one and I will attempt to answer it as honestly and authentically as possible, despite the knowledge that my response may trigger some very charged responses from people who either have mental illness, are living with people with mental illness, or other therapists who may disagree with me. Nu, popularity was never my strength....

Although your question refers to someone single going into a situation where mental illness is already confirmed, I will also target newly married men or women who find out shortly after their marriage that their spouse has a mental illness, whether newly diagnosed, or kept secret until after the wedding.

When deciding whether or not to consider a shidduch with a spouse who has mental illness, there are 3 factors to consider. 1. If the potential shidduch is under the care of a psychiatrist and therapist, has a solid relationship with both, and has a strong history of compliance with treatment, then there is what to talk about. 2. You need to look for stability in functioning such as long-term job commitment, good relationships with family members, and independent living skills such as grooming, money management, and housekeeping. 3. Look for openness and honesty, a plan of how to manage stressors for after marriage, and strong family/friend support both emotionally and financially to make sure the illness can be continuously managed successfully.

Know that mental illness never is cured; but is only managed by a lifetime of therapy and/or medication (although maintenance of health need not be weekly, but can be monthly instead or as needed). Educate yourself about the particular mental illness, through your own research; and then with the person in question himself as well as his therapist and psychiatrist.

I don't think any therapist or psychiatrist will sign any document attesting to someone's mental health because there is no long-term assurance, but definitely, in conversation with the therapist and psychiatrist you will hear the evidence of a strong relationship, faith in the client's ability to triumph, and positive feedback. I know that if anyone calls me for information about a client that I believe in, that will come through very strongly in the conversation. If you don't hear that kind of positivism from the people involved in his care, stay away.

So in a nutshell, if you are redt a boy that has all these qualities and conditions, it is well worth your time to check him out. Often, such challenges will make a person a better spouse than others who have not suffered and triumphed over such terrible adversity.

But now, I want to address another segment of young people. Those who married and shortly after marriage, learned that their spouse has a severe mental illness, either one newly diagnosed after marriage (which happens as the new responsibilities of marriage or parenthood trigger something dormant), or kept a secret until after the marriage.

This is a much different situation than the one in which a person is redt a shidduch to another person with a known mental illness, and has already found the right combined therapy and medication to live a functional life.

This entails a much more terrible decision: to stay in the marriage or leave as a result of the diagnosis.

And the answer is much, much more complex in this case.

And here is where I am going to maintain my almost unbroken record of most unpopular columnist. (Sigh.)

Here is what you must look at when you make this most difficult decision:

first there must be a thorough education to understand the nature of whatever illness your spouse is diagnosed with, whether it is OCD, bi-polar disorder, or even schizophrenia. Then you must understand the ramifications with living with a person who not only has a mental illness, but there is no time table for how long it will take for the right combination of treatment, care, and medication to be be found to alleviate symptoms. Not only that, but oftentimes, part of the illness, in sharp contrast to someone diagnosed with a physical illness, is the refusal to participate in treatment (something you NEVER find with someone diagnosed with say, cancer or multiple sclerosis).

So these are questions you must ask yourself:

Does your spouse recognize the problem? Is she committed and compliant to treatment? Is there sufficient family support both financially and emotionally for the long haul ahead of therapy, of psychiatry, and day-to-day living when a spouse cannot support the family while undergoing treatment, or take care of a child during this time?

Is there sufficient affection and delight in each other's presence in times where the illness is not present? Is there safety during the illness or is the spouse a danger to himself, to his wife, or to his children while in the throes of the mental illness?

What is the time limit are you willing to give to see results in order to stay in the marriage during the throes of the mental illness that may include repeat hospitalizations and attempts to find the right cocktail of medications that will achieve remission of symptoms?

The final aspect of marrying—or to stay married to someone with mental illness—is the question of genetics. Is this mental illness hereditary? How will it affect my future children? This is a question best answered by a geneticist. And with careful consultation with a rav.

On a personal note, once my child was redt to someone whose sibling was diagnosed with mental illness. I consulted with a great rabbi well versed in mental illness. He went into a lengthy discourse on genetics and what I need to find out about heredity in order to feel comfortable going into such a shidduch. After a half hour of this, he said, “But really, every family has mental illness or some type of problem that can cause issues in a marriage. It would be more beneficial to you to spend your time researching how the family dealt with this sibling who has mental illness rather than the mental illness itself. That will tell you much more clearly if this shidduch is for you or not.”

In the end, that particular shidduch didn't happen for reasons unrelated to the issue of mental illness in the family, but the rav's advice rings true for me, especially with the stuff I see as a therapist.

Every family has its issues; what would be the best indication of a good shidduch is how a family deals with its issues, rather than the issue itself.

Which is why I recommend you don't sign off as Pretty Desperate. Because if you are, you are not coping with your issues in a mentally healthy way that invites other mentally healthy individuals to consider you for a shidduch.

NOTE: THIS WAS ORIGINALLY PUBLISHED IN BINAH MAGAZINE'S COLUMN "QUESTIONS YOU NEVER DARED TO ASK BUT ASK ANYWAY."

Look me up on LINKEDIN  https://www.linkedin.com/in/mindy-blumenfeld-a8067583

Check out my book THERAPY SHMERAPY,  available in bookstores and through Amazon

Browse through my previously published articles on my former blog Therapy Thinks and Thoughts at frumtherapist.com/profile/MindyBlumenfeldLCSW

Read current articles in my bi-weekly column THERAPY: A SNEAK PEEK INSIDE in Binah Magazine, available on newsstands every Monday.