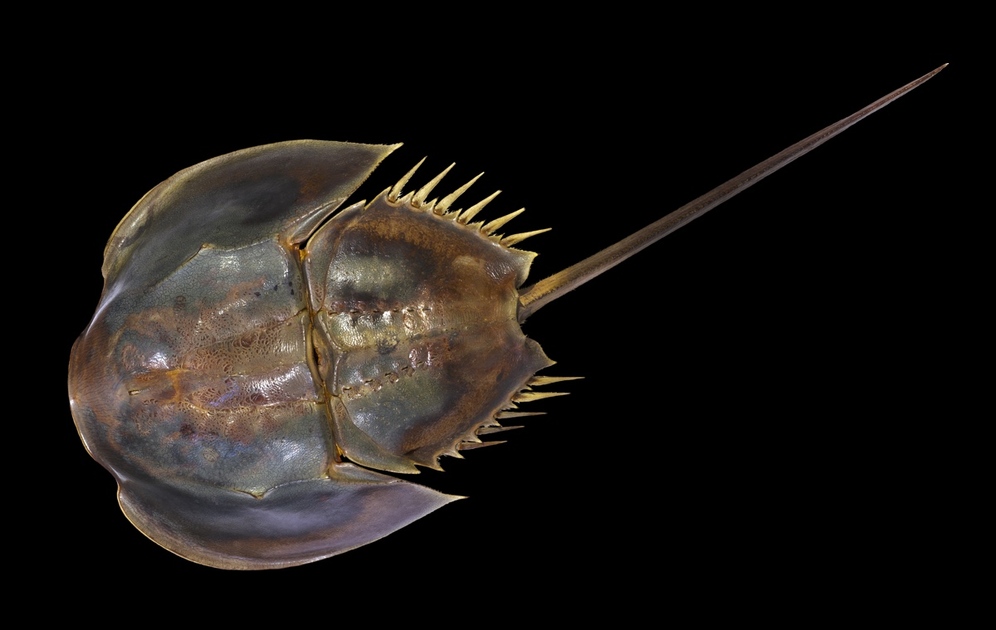 Most religious people are aware of the various schools of thought in how to reconcile the Biblical account of creation in six days and the fossil records which seem to indicate a long, gradual process of evolution from simple organisms to the more complex. The most religiously uncomplicated approach is that the Torah’s authority takes precedence over any seeming evidence, and it’s not something to be overly troubled by. Theories come and go, today’s science or tomorrow’s superstition, but the Torah is eternally wise. This is the view of Sefer HaChinuch in his introduction, as well as Kuzari (5:18-21). A subset within this group attack the evidence itself, noting that there are many holes and gaps within the theory of evolution that are difficult to accept, such how natural selection could form such complex organs as an eye from mere random mutations.

Then there are the allegorists, who cite Rishonim such as Maimonides and Gersonides who established basic principles of interpretation of scripture. Specifically, if a plain reading of the text does not make logical sense, then with due consideration and caution, one may consider an allegorical interpretation. While the science of Maimonides and Gersonides did not have to contend with evolution, each of these great sages grappled with other scientific and logical concerns. When confronted with conflicts between faith and reason, they would sometimes suggest that certain portions of the Torah can be understood as allegorical. In fact, a careful reading of the Guide for the Perplexed (I:2, and II:30) leaves one with the conclusion that the story of Adam, Eve, the serpent and the Garden of Eden are an allegory designed to teach esoteric ideas about the nature of intellect, free will and the liberation of the soul (and thereby the body) from physical vulnerabilities. Gersonides (commentary on Genesis 2:1, and 2:4) also identifies aspects of the story of Adam and Eve as allegorical but ironically, rails against those who try to allegorize the story of Cain and Abel. What’s the difference? Gersonides’ principle is that one resorts to allegorical interpretation only when common sense strongly rejects the simple meaning of the text and there is no reasonable way to harmonize the contradiction. Otherwise, he warns, one can dispense with every part of the Torah, claiming it is merely an allegory. This same approach, to employ allegory cautiously when common sense cannot abide by the simple reading, is also advocated by Rav Saadia Gaon (Emunot Vedeot 7:2) and Maimonides (Guide, Introduction).

The science of today presents different challenges and contradictions. Understanding that the amount of time that it would take for the light of distant stars to reach us, as well as fossil and geological evidence, would probably cause these same Rishonim to consider if certain descriptive details of the creation story should be interpreted allegorically if they lived in our times. For example, it would not be a terrible leap into allegory to interpret the six days of creation as six phases of development, and not literally six days. It is already a universal Kabbalistic AND rationalistic idea that the ten “statements” that were “spoken” by G-d to create the world were not actually words or speech (see Tanya Shaar Hayichud V’Emunah 8-12, and Guide I:65). If so, it’s only a small leap to allegorize the concept of days.

How would this work to explain evolution from a religious point of view? There is a concept known as Entelechy, which means there is a guiding force that leads to an end, gradually and over time. The pure intellect and will of G-d can be seen as shaping and guiding the development of consciousness from the lowest life form, eventually culminating in the human form. Such an approach would be acceptable if one wanted to subscribe to the concept of evolution and still believe in an active Creator and providential force in the universe. It might seem absurd that G-d would “waste His time” allowing a process to drag out over billions of years instead of using His abundant omnipotent force to create the world, boom!, in six days. However, that comes from not grasping that essentially G-d’s motives and actions are unknowable and mysterious. Maimonides (Guide III:13)  tells us we cannot ever understand why G-d even bothered to create the universe - His motivations and will are beyond anything we can hope to rationalize. While we can discern intelligence and order in the world coming from the Creator, and see purpose in some patterns and details, the big picture is beyond human comprehension. Maimonides says, we must say, “So was dictated by G-d’s wisdom and so He saw fit in His eyes.” Thus, creating the world in six seconds, six days or six billion years makes as much or as little sense to us as anything else. Also, it is important to realize that G-d is closest to pure intellect, and His activity in this world primarily manifests itself as intellectual in the form of enlightenment, prophecy and revelation. G-d’s influence in the world, as we know it to be, is most often subtle. (See a surprising Maharal on this, Gevurot Hashem 61, where he speaks of the religious importance of respecting and believing that G-d usually does not alter the course of nature, instead of believing that He is doing miracles constantly.)  Indeed, there are numerous Rishonim such as Ibn Ezra and Gersonides who seek to minimize every miracle recorded in Tanach and explain them naturally. Notable examples include Ibn Ezra׳s explanation of the Plague of Darkness (Exodus 10:22) and Gersonides’ explanation of the Sun standing still (Yehoshua 10:12-13). These rational explanations of miracles are not in order to diminish G-d’s ability, but rather has to do with a conceptual understanding of G-d’s will and presence in this world, which is most often limited to intellectual effects and enlightenment (see Guide III:17 end). Therefore it is not so alien an idea to consider that His guidance in evolution and development of higher and higher forms of life and consciousness follows a similar process. However, there is much still unknown about evolution and one could argue that the scientific evidence is not compelling enough to push toward the allegorization or the scriptural elements of the creation narrative. The point is, that if one chose such a path, it isn’t a new or radical approach, given that the same method was employed by Rishonim in response to the science of their day, albeit with trepidation and wariness. They did not want to cause people to fall into a trap of dispensing with the value and obligations present in the literal meanings of the majority of the Biblical text, and we should be cautious as well.

I recently came across a story in the Talmud, which indirectly alludes to an awareness that originally all life stemmed from the ocean, possibly in a simpler primordial state. If so, this would speak of a tacit awareness, perhaps from tradition or from the degree of fossil discoveries that was accessible in their times, that animal life developed over a span of time and was different than its present form. As this was not directly linked in any way to polemical arguments, because in that time this idea was not connected to the heresies of an atheistic form of evolution, it may not have been anything remarkable or worth noting and just slipped through the text.

The Talmud (Berachot 61b) records Rabbi Akiva’s rationale for teaching Torah in violation of a government ban, despite imminent risk to his life:

Rabbi Akiva answered him: I will relate a parable. To what can this be compared? It is like a fox walking along a riverbank when he sees fish gathering and fleeing from place to place. The fox said to them: From what are you fleeing? They said to him: We are fleeing from the nets that people cast upon us. He said to them: Do you wish to come up onto dry land, and we will reside together just as my ancestors resided with your ancestors? The fish said to him: You are the one of whom they say, he is the cleverest of animals? You are not clever; you are a fool. If we are afraid in the water, our natural habitat which gives us life, then in a habitat that causes our death, all the more so. The moral is: So too, we Jews, now that we sit and engage in Torah study, about which it is written: “For that is your life, and the length of your days” (Deuteronomy 30:20), we fear the empire to this extent; if we proceed to sit idle from its study, as its abandonment is the habitat that causes our death, all the more so will we fear the empire.

The fox says to the fish,  וְנָדוּר אֲנִי וְאַתֶּם, כְּשֵׁם שֶׁדָּרוּ אֲבוֹתַי עִם אֲבוֹתֵיכֶם  We will live together, as once my ancestors lived with yours. It would seem, that Rabbi Akiva took it for granted that there was an earlier period, perhaps primordial, where animal life and sea life existed in the same shared environment. This is consistent with Evolution’s idea that simple organisms existed in water and gradually developed over time to greater complexity, eventually leaving the ocean and moving to the land. Was this just a standing assumption based on interesting fossils that he observed which bore no resemblance to animals he knew of? It is hard to know, but the phrase recorded in this Aggaddah is most intriguing.

Also, one cannot help but wonder about the original story and its content. Rabbi Akiva, in defiance of secular authority and values, risks everything in order to remain committed to Torah life. He was saying, literally, without Torah, a Jew is like a fish out of water. Therefore, regardless of how one approaches apparent contradictions between faith and reason and various solutions, we always should be reminded that the Torah is our source of life and survival, and we should not allow ourselves to be seduced by the clever rhetoric of the fox. 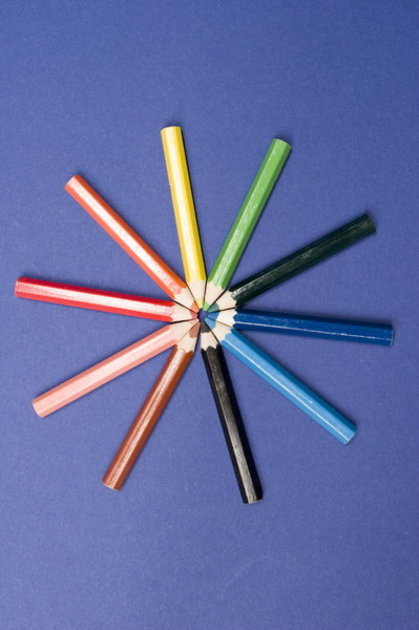