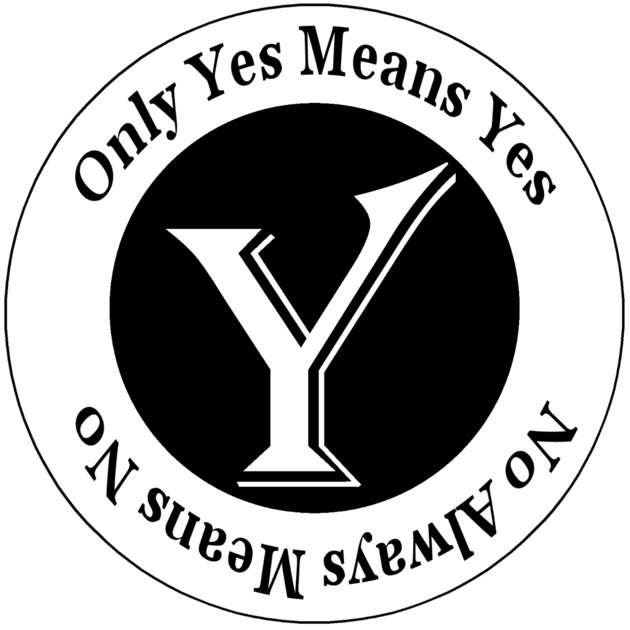 In a previous blog post titled, “Love and the Holy of Holies”, I wrote about how the relationship between G-d and the Jewish people can be compared to a marriage. In this essay, we will take a closer look at a fascinating lessons from Midrashic accounts of G-d’s stormy emotional relationship with the Jewish people:

Often, couples get stuck in escalating cycles of hurtful attacks. In particular, couples who are emotionally needy and who have less developed boundaries, impulse control and communication skills intensify conflict and spiral out of control with emotionally abusive language. At a certain point, one spouse may storm away, declaring “I don’t want to ever see you again!” In other relationships, after a spouse experiences a betrayal such as discovering an affair (cyber or physical), the betrayed spouse may demand a separation for many months.

In both of these scenarios, people confuse emotional truths for literal truths. Either spouse may feel hopeless and dejected. He or she may feel as if there is no hope and then lash out in despair, or out of panic, beg, demand or threaten that everything gets fixed right away. It is at this point that I make efforts to counsel that the emotional world, like the spiritual world, exists and operates in a place that is beyond space and time. It is a tactical mistake to consider time, in a literal sense, as a major factor. Thus, when a person is hurt or betrayed it feels like it “never” will get better or it “always” was terrible. I have named this dynamic “telescoping”, in that the emotions of the moment telescope backward and forward in time and color memories in whatever shade of emotion that is strongest in the present moment. If a spouse feels disrespected, he or she may retrieve memories with a particular bias toward other betrayals and become convinced that it always was that way and things will never change. Yet, when a repair occurs, which can happen at any time, quickly or slowly, the healing can happen rapidly and unexpectedly. A separation that was supposed to be for six months can be reconciled suddenly within a few days, when a true repair is made. Often, a betrayed spouse will understandably latch onto concrete a period of time to capture an emotional idea which is difficult to express. The true import of a statement such as “We must be separated for six months” really means “long enough so that something sobering occurs and change really happens.” Caution here is required in not trivializing the need to declare a boundary or even an arbitrary time of separation. It is a tactical error to dismiss the power of the statement or try to negotiate the stated time limits. Instead, focusing on repairing the emotional breach will bring about significant change, most often faster than expected, but not by trivializing it.

The Jewish metaphysical principle of “One can acquire his world in one moment of sincere repentance” is applicable in marriage as well. Time has no meaning - only meaning itself has meaning.

The Talmud (Avoda Zara 17a) tells of a (sic) Rabbi Elazar ben Durdaya, who led a life of debauchery until he had a moment of religious conversion, and expired out of shame and regret:

“They said about Rabbi Elazar ben Durdayya that he was so promiscuous that he did not leave one prostitute in the world with whom he did not engage in sexual intercourse. Once, he heard that there was one prostitute in one of the cities overseas who would take a purse full of dinars as her payment. He took a purse full of dinars and went and crossed seven rivers to reach her. When they were engaged in the matters to which they were accustomed, [a euphemism for intercourse], she passed wind and said: Just as this passed wind will not return to its place, so too Elazar ben Durdayya will not be accepted in repentance, even if he were to try to repent.

Elazar ben Durdayya said: Clearly the matter depends on nothing other than myself. He placed his head between his knees and cried loudly until his soul left his body. A Divine Voice emerged and said: Rabbi Elazar ben Durdayya is destined for life in the World-to-Come…

Aside from the obvious message about the timelessness of repentance, there is also a hint to timelessness in the various characters and props within the story. First, the prostitute passes wind, and she herself is struck by her mortality and temporal nature of life. In all her worth as a beautiful madame who fetches a high price, her body still betrays her by passing wind. She is but wind and nothingness. She cannot help but share this irony with Elazar, and coming from her, at the moment of attaining his most desired object of gratification he internalizes this message in a new way. In search of grounding, he then reaches out to every seemingly solid and eternal entity he can find. Mountains, Sea, Sky, Sun and Moon, but even they confess their temporal nature. Finally, Rabbi Elazar ben Durdaya understands that time is meaningless in the spiritual emotional world. It is up to him, and it is up to the eternal now. Indeed, he acquires an entire world in his one great act of recognizing the Infinite.

Using the marriage relationship Archetype with G-d to understand human marriage better, another important but similar idea emerges. While the term “no means yes” has been misused as a way to rationalize and dismiss a woman’s protestations against unwanted sexual advances, many stereotypes have a meaning that have a basis in truth. No person should ever dismiss another’s right to assert him or herself, especially in regard to physical or sexual boundaries, yet it is valuable and instructive to see statements as possibly non-literal. “No” in a relationship is certainly not “yes”, but it may not always be no either. It is an emotional position not based in physical space or time. They should be treated as seriously as spiritual matters, and be seen as able to change dramatically in response to sincere connection. Let me explain what I mean by this. There is a remarkable Aggadah that casts G-d as a scorned angry spouse, who behaves in the manner we have been discussing. G-d’s behavior is so extreme and anthropopathic that the Talmud declares it would be heresy to say it if not for the scripture having done so. The Talmud (Berachos 32a) relates the process by which Moses tried to appease G-d after the sin of the Golden Calf:

“And the Lord said to Moses: Go and descend, for your people whom you have lifted out of the land of Egypt have been corrupted” (Exodus 32:7). What is the meaning of “go and descend”? Rabbi Elazar said: The Holy One, Blessed be He, said to Moses: Moses, descend from your greatness. Isn’t it only for the sake of Israel, so that you may serve as an emissary, that I granted you prominence; and now that Israel has sinned, why do I need you? There is no need for an emissary. Immediately, Moses’ strength waned and he was powerless to speak in defense of Israel. And once G-d said to Moses: “Leave Me be, that I may destroy them” (Deuteronomy 9:14). Moses said to himself: If G-d is telling me to let Him be, it must be because this matter is dependent upon me. Immediately Moses stood and was strengthened in prayer, and asked that G-d have mercy on the nation of Israel and forgive them for their transgression.

The Gemara says: This is comparable to a king who became angry at his son who had sinned against him, and beat him, administering a severe beating. At that moment, a well-wisher of the king was sitting before him and witnessed the entire event, and was afraid to say anything to the king about the excessive beating. Meanwhile, the king said to his son: Were it not for this well-wisher of mine who is sitting before me, I would have killed you. Upon hearing this, the king’s friend said to himself: This is clearly a sign that this matter, rescuing the son from the hands of his father, is dependent upon me. Immediately he stood and rescued him from the king.

In an additional aspect of the sin of the Golden Calf, G-d told Moses: “Now leave Me be, that My wrath will be enraged against them and I will consume them; and I will make of you a great nation” (Exodus 32:10). Explaining this verse, Rabbi Abbahu said: Were the verse not written in this manner, it would be impossible to utter it, in deference to G-d. The phrase: Leave Me be, teaches that Moses grabbed the Holy One, Blessed be He, as a person who grabs his friend by his garment would, and he said before Him: Master of the Universe, I will not leave You be until You forgive and pardon them.”

This illustrates the scorned and betrayed spouse Archetype. G-d tells Moses to leave him alone, just as many angry spouses say “I will never forgive you.”, which as with G-d and Moses, it means “Prove to me that you won’t give up!” The betrayed spouse wants to be taken seriously, but not always by ending the relationship.

This also helps explain the seemingly inequitable doctrine that when repentance is performed out of love, the sins get turned into merits (Yoma 86b). This is because when there is love, there is no rationality or logic. Love, as they say, is blind, or in the Midrashic idiom, love crosses all lines (Bereishis Rabbah 55:8).

One final use of the divine marriage archetype is in realizing and working with the limitations of intimacy and knowing each other. The importance of always trying to get closer but understanding that it is the process that is important, not the actual achievement because it may not ever be possible to fully achieve it. It is also valuable for couples to understand that even, and especially, when they are not able to agree or meet the other person’s need, what they can always do is work to care and know deeply what the other person is going through.

The Talmud (Berachos 33b) tells us that “All is in Heaven’s domain except for man’s fear of Heaven.” Fate and environmental circumstances often deprive people of choice in what they can or cannot do, however their emotional orientation toward G-d, their commitment - “fear of Heaven”, is always within their choice. Likewise, I tell couples, you cannot always agree and you cannot always make yourselves happy but you always have the choice to draw closer or emotionally retreat. Even in the greatest pain of not being understood or feeling horrible disappointment or betrayal, a committed loyal couple can stay connected by consciously choosing not to isolate, to listen and understand instead of condemn and judge.

I conclude with a comment from Ibn Ezra (Exodus 31:18), which echoes many of the sentiments in this essay:

“One cannot know G-d if he does not know himself, his soul or his body. For if one does not understand his essential personality, wisdom will be of no use.”

TRANSITIONING TO TELEHEALTH IN A TIME OF “SOCIAL DISTANCING”: Rebooting, Reframing and Resourcing for Ourselves, Our Families, and Our Clients
Rus Devorah Wallen, LCSW, ACSW
Mar 29, 2020 - 12:00PM
END_OF_DOCUMENT_TOKEN_TO_BE_REPLACED