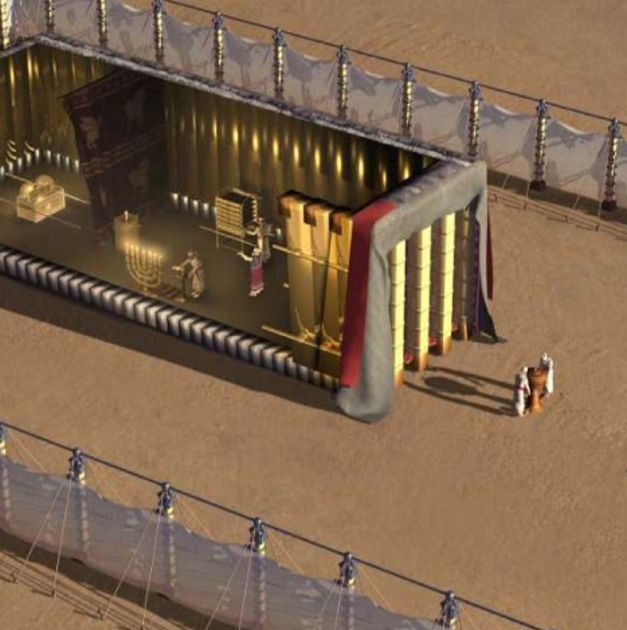 My early childhood school years were full of joy of learning. I attended a local Day School of which my father then served as its principal. The mornings were taught Ivrit B’Ivrit, which sparked my lifelong love affair with the beauty of l’shon kodesh. In the summer of first grade I was reading fluently in Hebrew and English. Significantly, this school worked on language foundations so we had as yet to learn Chumash. We read from readers that had various Israeli stories and folklore, probably not the best chinuch in terms of Yiddishkeit but excellent for grammar and language arts.

My father, Z”L, who was a superb mechanech did have a strange, almost Asperger’s-like disconnect from the chinuch needs of his own children. It wasn’t that he didn’t care; he actually was enthusiastic about our learning. It was more that his vast knowledge and sensitivity to childhood development went out the window when relating to me. Thus, some of my earliest memories were of “tagging along” on his all night shiurim that he gave on Shavuout and Hoshanah Rabbah to his seventh and eighth graders. It wasn’t necessarily a bad thing. I actually remember as a seven or eight year old cogitating about various Talmudic snippets I was able to somehow pluck out of the confusing cacophony of intensive Aramaic Gemara sing-song.

There are people from that Tekufah who I have met later in life who fondly remember those awesome Tikunei Leyl Shavuout and Hoshanah Rabbahs. They were magnificent in their own right, whether or not it made sense for me, a first grader, to be up all night with little adult guidance in a Gemara shiur. Somehow, with siyyata di-Shmaya, it worked and I even learned a thing or two.

That summer post second grade, my father “thought” it might be a good idea for me to be exposed to a more yeshiva-like experience, since after all, my education heretofore had been of the Jewish Day School variety. There was this combination day camp and yeshiva program that he found, and so off I went. I had no idea what Chumash was, nor did I know what yeshivish was, but I was certainly fluent in keriah and loved to learn. I found myself in a classroom with a very stern looking rebbe, sporting a long white beard. I never saw anyone with a beard that long. At this point in time I only learned from Morahs but I was not particularly scared, as learning was learning. The Chumashim, which pre-dated today’s easy to read artscroll-style font, had jumbled together words and erratic spacing. Still, it was fine for me as I did have great facility in reading Hebrew.

As the lesson settled into its paces, I kept finding myself losing the place. Every couple of words that the class and rabbi would repeat in singsong would bring me to a word that I could not follow in my Chumash. I had no issue with ADHD, and even if I did, who knew anything in those days to diagnose it? But in any case, I was steadfast. I kept following along with the class diligently, and every couple of words would be thrown off the trail by a word that just didn’t match up with what was in the writing. At some point the rabbi called upon me to say. I scrambled and did find the right place to read from and just started reading. In the middle I hit a strange word I never saw before. I valiantly sounded it out, feeling I had managed it quite accurately. I can still hear my own lilting child’s voice in my ear as I naively sounded out the ineffable Tetragrammaton, ending with a question mark. The room became instantly silent. The rabbi, eyes aflame with religious fervor, said with a withering stare “I don’t know where YOU come from. But where WE come from, we say Hashem for THAT WORD.” Aha, mystery solved. THAT was the word that kept throwing me off. Now, I would be able to properly follow along.

It would make an interesting story to say that this horrific case of religious shaming and abuse ruined me for life. Especially, the line about “I don’t know where YOU come from...” It didn’t. I loved to learn way too much. I will say though, I can still hear every word that rabbi said, verbatim, tone and all, faithfully recorded in my memory. I was more relieved to just finally have the mystery solved on how to pronounce that funny word. Maybe I got from my Dad a little Asperger’s too. I cared more about finally getting it right than the rabbis apoplectic reaction.

There is one long lasting effect from that event in my life. I will never stop trying to sound out G-d’s name. I will study and learn and decipher what is in plain sight and also what is deep beneath. No misguided persons who purport to speak in the name of religion, afraid of their own heresies that they cannot bear within themselves, will ever stop me from teaching and uncovering the beautiful truths of our Torah. G-d’s name shall be sounded out for those who are ready to hear.

In that day, the deaf shall hear even written words,  And the eyes of the blind shall see Even in darkness and obscurity….

For the tyrant shall be no more,  The scoffer shall cease to be; And those diligent for evil shall be wiped out…

And the confused shall acquire insight  And grumblers accept instruction.

Along the Road to Recovery
Devora Shabtai