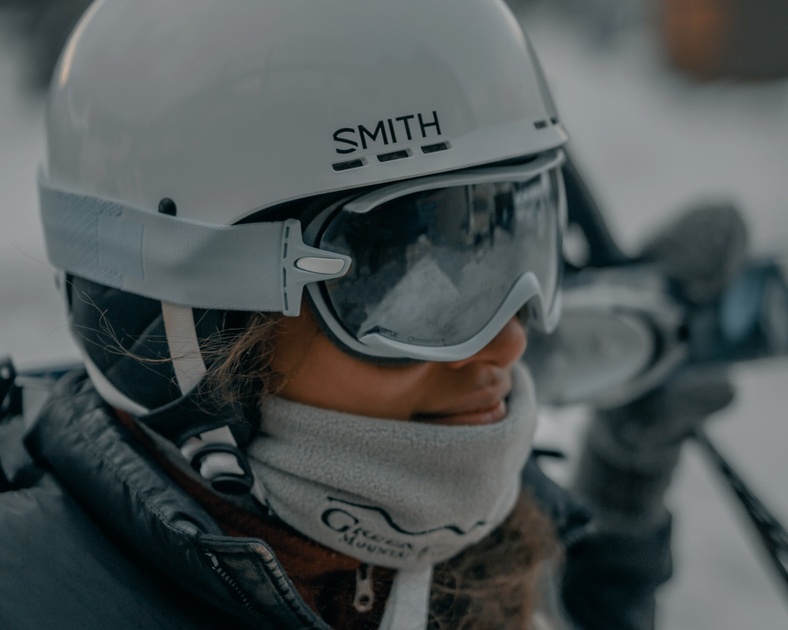 There are lessons nestled not only in what the Torah tells us, but how the Torah speaks to us. A prime example occurs around this time of year, when we read the detailed instructions for fabricating the Bigdei Kehunah – Priestly Garments.

One of those garments is the Me’il, a poncho of sorts, that is worn underneath the Ephod - Apron. The most salient features of the Me’il are its shape, its brilliant blue pigmentation and the lining of bells and (faux) pomegranates, along its bottom edge.

There is one more important detail. Me’il, like a poncho, has an opening through which the Kohen Gadol inserts his head.  The Torah notes that the opening must fold (and be sewn) inward. The Torah doesn’t just stop there. It compares the folded, reinforced opening of the Me’il to the opening of a coat of mail. Rashi comments: “From here we learn that the openings of [ancient] coats of armor were also folded in and reinforced.

We might deduce, from Rashi’s comment, that, by the 12th century C.E., the openings to coats of mail were no longer constructed in such a manner.  This, however, poses a problem. Before I describe the problem, I want to share two basic premises.

I’d like to suggest that the Torah’s analogy is not simply relying on our familiarity with a particular garment’s structure. Rather, it is beckoning to our understanding of the garment’s function. Stated differently, the eternal lesson of the Torah is based less on our remembering exactly how chainmail is constructed, and more on our awareness of the purpose of chainmail – namely to protect its wearer.

Let’s back up a bit. Many explanations have been offered as to the reason that Hashem commanded that the Kohen Gadol wear specific garments.  The Torah itself indicates that they are worn Lechavod U’letifures, but what does that mean?

Most commentators translate these terms as “honor and glory”. In other words, the Kohen Gadol, by wearing lofty, beautiful garments, brings honor and glory to his station and, by extension, to the house of Hashem.

Malbim, the early 19th century commentator, takes a different tack. He notes that the terms Kavod and Tif’eres, in other contexts, refer to various aspects of our soul. Hashem is thus commanding the Kohen Gadol to wear these garments for the sake of his Neshama. More specifically, Bigdei Kehunah point the Kohen Gadol (and the rest of us) toward character development.2

Malbim continues: The Talmud connects the garment of the Me’il to the trait of good speech. (According to Zevachim 88b, the Me’il atones for Lashon Hara – bad speech.) The bells on the Me’il’s hem signify our capacity for speech and the pomegranates (believed to average 613 seeds) represent the Torah. We are being reminded, by the bells being placed between the pomegranates, that our speech should be limited to the domain of Torah, or at least reflect Torah values.3

Moreover, when Moshe was commanded: Safah Yiheh Lepiv... Lo Yikare’ah – an edge shall be arranged for the neck opening... one that cannot be torn – we are being reminded, metaphorically, to watch the lips (Sefasayim) to our mouths (Peh) and allow no exceptions.

The Israel-based author, Sara Shapiro, describes how, years before she arrived at Orthodox observance, she joined a commune that had one simple rule: You may not speak negatively about others. Ms. Shapiro writes how the practice was initially difficult for her, but that, in a span of a few weeks, she started to experience deep, meaningful insights into her own life.

The message she took from the experience was that our oftentimes burning desire to speak negatively about others typically points to a parallel deficiency inside of us – one that we are frightened to confront, and so we instead “discover” it in others. Once, however, we shut off our “escape route” and refuse to talk negatively about others, we are left with just ourselves. Insight can, then, sprout.

Regarding the Me’il, the folding of its “mouth” inward is Hashem’s way of reminding us that, if we really wish to protect ourselves, to become aware of our vulnerabilities and deficiencies, ultimately to address them, then we need to hold in check our desire to speak outward - that is, negatively about others. Just as chain mail, with its unique design, protects the body of its wearer, so too does focusing our speech and thoughts inward strengthen our emotional and spiritual being.

This is the eternal lesson of the Me’il, its bells and pomegranates, its opening, and its unique inwardly folded stitch. They are clothing for our souls; they build our character; they foster insight, wholeness, and ultimately holiness.4