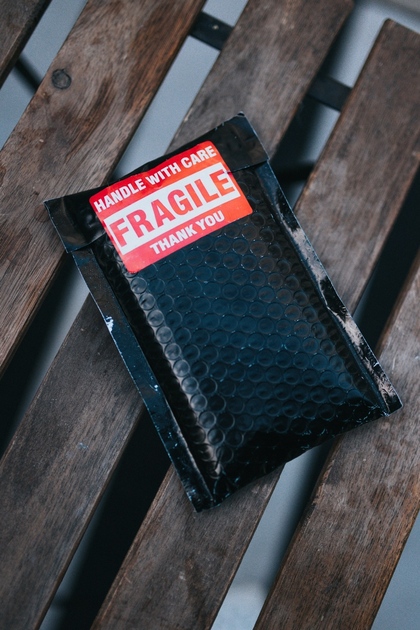 Around this time of year, we spend several weeks reading about the construction of the Mishkan and its Keilim/vessels. Moshe is, early on, instructed to build the Aron. He is then told to place, in the Aron, the עדות/Edus - literally the testimony. We are taught elsewhere (Melachim 1: 8) that this includes the Luchos - the two tablets, given to Moshe, at Sinai.

There are two difficulties with the above.

That’s because the Luchos are first introduced to us, in Parshas Ki Sisa, as Moshe is readying to return, from Har Sinai, to the B’nei Yisroel.  At that point we are only told that they are written B’etzba Elokim, with G-d’s “finger”, but not what is written on them. As Moshe descends, we are taught that the writing (whatever it may be) is Charus, uniquely engraved. The first Luchos are then shattered, without any mention of what was written on them. Moshe is later instructed to fashion and write on the new Luchos “the words that were written on the first Luchos” (even as we don’t yet know what they were). It is only when Moshe finally does receive the second Luchos, inscribed by HaShem, that we learn they contain the “Aseres Hadevarim”, the 10 Commandments. From this, we can deduce that the first Luchos, likewise, were engraved with the Aseres Hadibros.

3. Why do we learn about the written content of the Luchos in such a mysterious, backhanded manner?

Let’s circle back and address Question 1.  Why are the Luchos referred to as עדות? Interestingly, a word with a similar Shoresh/root is used in a nearby Pasuk. After the Edus have been placed in the Aron, we are informed ונועדתי לך שם - I will meet with you, there.

The common denominator of words containing the Shoresh of עד or ועד is that they denote a coming together. A מועד/Mo’ed is our rendezvous with time; A וועד/Va’ad is a coming together of people. עדות/Edus connects people with knowledge, the past, and memory.

What is crucial is that Edus is not a tangible object; it is a process, a coming together. By placing the Luchos in the Aron, we reach back in time toward the memory of Sinai. In doing so, we create the possibility of ונועדתי - of Hashem resting His presence among us.

When Hashem instructs us to place the Edus in the Aron, he is reminding us that His presence hinges not just on objects, but on a process - one that we can influence, but not control.

This, of course, addresses Question 2. The reason that the term Tamid is not used by the Edus placed in the Aron, is because the term Tamid is reserved for acts and objects within our control: “Light  it every day.” Keep the bread there continuously.” Tamid is not relevant when we approach a process over which we don’t exert control.

What remains to be answered is Question 3. Why the mysterious, backhanded unveiling of the content written on the Luchos?

A relatively well known Midrash points us in the right direction. We are taught that Moshe didn’t simply choose to cast down the Luchos. Rather, the engraved letters disappeared - flying off the Luchos, as it were. The Luchos then became impossibly heavy, and Moshe was powerless to support them. Only then did they fall from Moshe’s hands and shatter.

Perhaps the Torah is secretive about the message on the first Luchos, because the first engraving did not endure; its letters returned to heaven, leaving behind blank tablets, shards.

I believe there’s an even deeper message. Powerlessness, the absence of words, and loss of continuity are all markers of a profoundly difficult psychological experience known as trauma.

I believe that the Luchos - both the intact second set and the shattered first set - are placed in the Aron to remind us the following:

Even as we experience mastery over some domains of our lives - lighting every day, keeping the bread on the table, there are other domains that elude mastery. We may have the power to capture some memories in words. Others remain ineffable. We may enjoy the continuity and wholeness symbolized by the second set of Luchos; we may suffer the disruption and shattered dreams symbolized by the first Luchos.1

Particularly as we approach the process of joining with HaShem - ונועדתי - we discover that mastery and powerlessness, speech and silence, wholeness and brokenness converge.

1. There is one more parallel that can be drawn between the Luchos in the Aron and trauma. Those who experience trauma, particularly complex trauma, are oftentimes so overwhelmed by the experience that they dissociate. In other words, they feel as though their mind has left their body.

In a process that is akin to hypnosis, their  attention may be somewhere else entirely. Alternatively, they may feel as if they are floating above their body, at the moment of trauma.  Either way they are less “in their bodies”. Tragically, even once the trauma has passed, they may often feel dissociated from their bodies.

This, of course, speaks to the Luchos, which, when in the Aron, are only identified as Edus and are not considered Tamid - that is continuously residing in the Aron