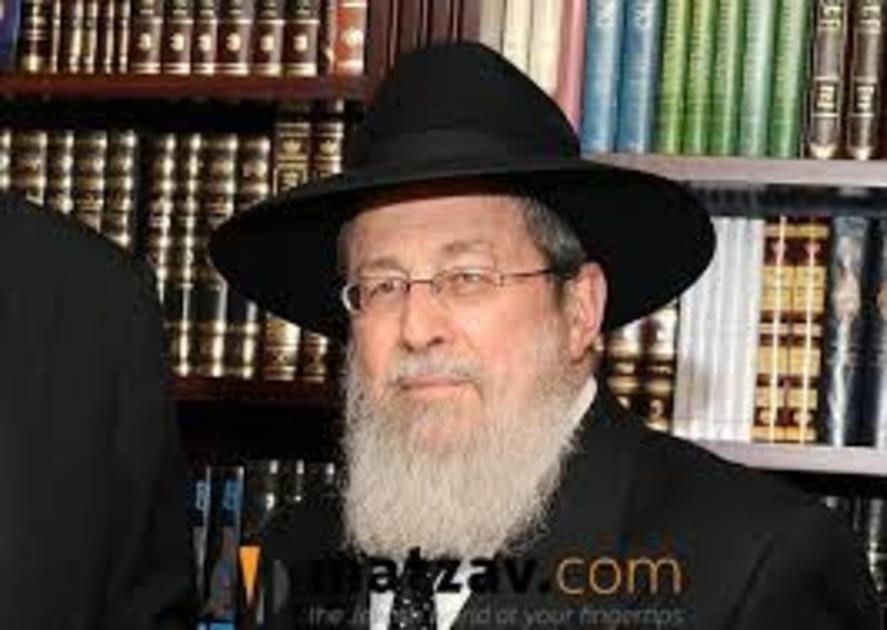 Our class was not all that receptive to him.  He taught us during an era in which the entertainment world placed a premium on being “cool”.  He was anything but cool. He wore his feelings – even the uncomfortable ones, like sadness and apprehension – on his sleeve.  He wasn’t anti-establishment.  He couldn’t afford to be.  As Menahel, he was part of the establishment.

Our class kept, at arm's length, the concern he showed for Klal Yisroel.  We warded off the profound sense of Ahavas Yisroel and Ahavas Habriyos that undergirded his concern. We did so, in a manner to which teens often resort. We subtly (and sometimes not so subtly) mocked. We also mimicked:  “Oy, the Matziv,” we moaned, sometimes even within earshot of him.

He was right.  We couldn’t or, at least, we wouldn’t be Margish.  We weren’t ready.

There is an ancient teaching to the effect that a person does not fully grasp the the Da’as – the knowledge, intentions and wisdom – of his Rebbi, until 40 years have passed.  Well, it’s been almost that amount of time.  I can’t claim to have fully grasped Rabbi Aaron Brafman’s Da’as.  I do look at him very differently now, than did I and my classmates, when he was our 9th grade Rebbi.

A function of Rebbi’s caring deeply about everything was his unwillingness to sacrifice one important value for the sake of another.  This contributed, in my opinion, to his well-honed sense of balance.

Rebbi was a Talmid Chacham – a Torah scholar of reknown, but he was also well versed in secular knowledge.  His eloquent Sichos and his carefully crafted articles (often printed in the Jewish Observer) bespoke a solid grounding in History and the English language.

Rebbi was incredibly sensitive to the needs of Klal Yisroel, to the primacy of Halachah, and to the essential nature of Eretz Yisroel.  He was able to achieve this without discounting the larger world, its culture and its people.

Rebbi expected balance from his colleagues.  I was once present, when someone else described a Torah scholar who apparently sacrificed common sense, in the service of learning Torah.  The description evoked a visceral reaction from Rebbi.

Rabbi Brafman’s sense of balance and fairness extended to his home life.  It was no secret that Rebbi, already the father of 7 girls, hoped to bring a boy into the world.  It was, in fact, a great Simcha, when his son, Avram Baruch, was born.  That being said, he was very much the father of his daughters.  He showed sensitivity to their needs, he was involved in their lives and he was supportive of their goals, even toward the end of his life.  He and his Aishes Chayil, Rebbitzen Suzie, reaped what they sowed – a lovely, vibrant family.

And, eventually, those who did stay on, at Yeshiva, began to be Margish – to feel.  I recall the manner – it was more poetry, than prose – with which he spoke about the threat of nuclear war:  “When I was younger, I couldn’t understand how the world [according to traditional sources] had only 250 years left.  Nowadays, I can’t understand how the world will make it another 250 years."

Almost a decade after 9th grade, Klal Yisroel endured a span of 2 weeks, in which we lost two of our generation's greatest luminaries, Reb Moshe Feinstein and Reb Yaakov Kaminetsky.  I do not remember the the eulogies that others made, but I do recall how Rebbi shared the details of a personal experience with Reb Yaakov.  Rebbi’s voice faltered and then broke, halfway through his narrative.  Rebbi’s simplicity and genuineness brought home the grief, in a way that nothing else could have.

About 15 years ago, my family visited Far Rockaway.  The people by whom we stayed were unable to host us for the Friday night Seudah.  Upon discovering this, Rebbi and the Rebbitzen bravely invited us.  My wife and I faced the Seudah, with no small degree of trepidation.  We knew that our children – ranging from early adolescent to toddler – were often not at their very best behavior on Friday nights.  I further recalled how unruly my 9th grade class had been.

Was it a miracle, or did my children somehow sense the greatness of this unique couple?  Our kids were polite, they sang along with his Zemiros, and they participated fully in Rebbi and Rebbitzen's Shabbos table conversations.  We departed, feeling somewhat stunned by our family’s collective success.  Rebbi gently offered “You have a lovely family.”

Thank you, Rebbi, for encouraging us and bringing out the best in us.  Thank you for refusing to compromise any of your own values.  Most importantly, even if “The Fonz” was cooler than you were, Rebbi, thank you for caring deeply  – for being Margish – to your very last breath.

Eretz Yisroel: The land of Israel