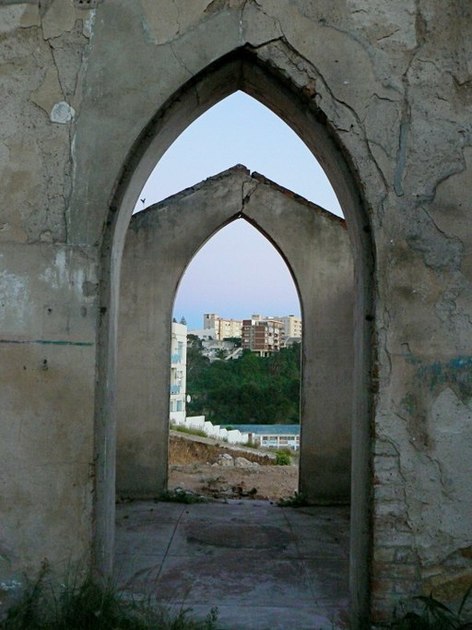 One lived during what could have been the best of times; the other lived through what was undoubtedly the worst of times.  One blighted the religious life of a young student, in what had been the spring of his hope; the other cast brightness on the life of a young refugee, in the winter of her despair.

Clive Hazell, professor extraordinaire, at the graduate school I attended, spoke with a delicious English accent.  He taught Child Development and walked us through many a theory, as to what is healthy and what is unhealthy, for growing children.

Dr. Hazell was most entertaining when portraying the ways that a creative child bumps up against a rigid (in this case) Anglican upbringing.   In one instance Dr. Hazell depicted the disgust displayed by a 1st Grade teacher who had just discovered young Clive embellishing his cursive characters with curlicues.  In another, he described an encounter between himself and a much larger instructor:

Instructor: (Towering, even taller) WHAT ARE THE LESSONS THAT WE LEARN FROM OUR SAVIOR???

Instructor: THAT WE MUST BE LOVING (Slap), CARING (Slap) AND COMPASSIONATE (Slap)!!!

Our class laughed ourselves to the point of tears.  The disparity between the content of the cleric’s message and the manner he delivered it shocked us, touched us, moved us.  Perhaps some of us recalled our own painful moments, associated with religious upbringing.

Across the Channel, and just one generation prior to hapless young Clive’s experiences, a very different type of story unfolded.

I discovered it, on a recent visit to the Illinois Holocaust Museum.  In a dark room, the audio-visual account of a Jewish survivor, let’s call her “Ella”, began to play.  Ella described her childhood, during World War II, being sheltered on the grounds of a French orphanage.  The steward of the orphanage was Father Vancour.  Ella related how she, at some point, gathered that it would be safer for her and her protector, if she were not Jewish, but rather Catholic.  She shared this with Father Vancour and offered to convert; he gently, but firmly told her that this was unnecessary.

Father Vancour was a larger than life figure  Ella, later, discovered that the pastor had courageously aligned himself with the French Underground.  Following the war, Ella approached Father Vancour and asked how she could possibly repay him for his kindness.  His response:  “Enjoy your life.”

I found myself smiling, but also choking up, when I heard this simple answer.  I wondered, in part, why, in his role as a Man of G-d, he had not encouraged Ella to seek divinity, or at least some semblance of spirituality in her life.  Perhaps, he had been sensitized to the loss of her childhood, and wished for her simply to pick up where she had left off: “Just have fun.”  Perhaps, as well, Father Vancour had seen enough, over the war years, of how one ideology or another can be used to rob people, especially children, of their capacity to develop, to grow and to feel their way toward autonomy.   And so he chose not to charge her, spiritually or otherwise.  Rather: “Enjoy your life.”

This is the (real life) tale of two clerics:  One, living during supposedly better times, a religious instructor, hyper-focused on imparting the lessons of his G-d. “BE LOVING, CARING AND COMPASSIONATE.” He spared no means, though, of teaching this lesson – even if those means worked at cross purposes to the very ideals he was teaching, even if those means crushed his young charges.  The other, living through the worst of times, a pastor who modeled a life of love, care and compassion, choosing when, if at all, to instruct or induct others in(to) his faith.

These two tales represent opposing poles – one “in your face”, the other “shaped by grace” – in terms of how religious adults approach children who are not yet all that religious.  There is, of course, a wide range of choice, between the two approaches.  I would not advise others, certainly not parents, to use the exact same "hands off" approach chosen by the French pastor.  He and Ella lived in a different time, under vastly different circumstances.  Moreover, their relationship was not a parent-child or even a teacher-student relationship.

I do, though, invite every parent to ask him or herself: What are the things about which I am religious?  Is it belief in G-d, immersing one’s self in prayer, performing acts of kindness?  Might I self-identify as secular, yet still be religious about education, a neat and tidy home, Climate Change?

Let every parent, further, ask him or herself: In my anxiety to impart my values to my children, right now, do I sometimes subvert the very lessons for which I am aiming?  Can I find the patience simply to live and model my values for my children, to encourage them, and make the space for them to grow into these values?