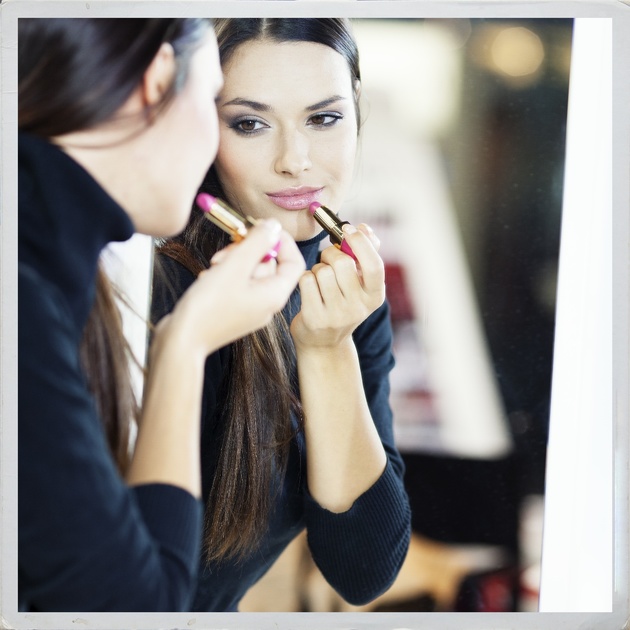 What does the Torah have to say about sexuality and eroticism?  More specifically, how does the Torah view the passion and desire that occur within a marital relationship?  Is eroticism viewed as dangerous –something to avoid?   Are passion and desire viewed simply as necessary preconditions to bringing children into the world?  Then again, might desire, passion and eroticism hold intrinsic value, in a loving marital relationship?  The Torah portion that is read at this time of year yields more than one set of answers to the above questions.

We read in Parshas Vayak’hel how the Kiyor/wash basin of the Mishkan was fashioned out of mirrors – Mar’os Hatzov’os – donated by women.  The Torah further informs us that the donation of these mirrors was somehow connected to the women congregating “Pesach O’hel Mo’ed” – at the entrance to the Tent of Gathering.

Ibn Ezra, addresses both questions.  He does, in fact, view the term Mar’os Hazov’os as being related to beautification.  The Mar’os, according to Ibn Ezra, had been used to adjust the crowns and special hats (Pe’erim) worn by the donating women.  He connects the term Tzov’os to the term Pa’aros (crowns) and apparently to the term Tzvi Tifarto (glorious adornment), both found in the Navi Yeshaya.  Ibn Ezra further notes that the donating women traveled and congregated (צבאו), much as an army would, to the future location of the Ohel Mo’ed.  Their intention, he states, was to distance themselves from their past tendency toward beautification, desire and lust, and aim, instead, for the spirituality and Divine devotion made possible by the future Mishkan.  Were we to state their message in contemporary terms, it would be something along the lines of “We formerly chose looks; now we choose books – prayer books, that is.”

Ibn Ezra’s approach is consistent with that of other early Jewish scholars, living in the Middle East.  Maimonides, in his Sefer Moreh Hanevuchim, notes that sexuality is something shameful that needs to be concealed.  Ibn Pakuda, in his work, Chovos Halevavos, asserts that one cannot fully delight in G-d, if he or she is still connected to physical pleasure.  He compares one who pursues both spirituality and earthly pleasure to someone who tries to be married to two spouses.

Other commentators assert that the place to which the women congregated was not the future Ohel Mo’ed but, rather, the tent of Moshe, which, following the Sin of the Egel/Golden Calf, was also referred to as Ohel Mo’ed.

In addressing the term Mar’os Hatzov’os, these commentators quote Midrash: When the women first donated their mirrors, Moshe was aghast: How can I use mirrors, which are fashioned to stoke the flames of desire and lust, in the building of the Holy Mishkan?  Hashem reminded Moshe that were it not for the mirrors, there would be no Jewish people.  Midrash describes how, following a long day of backbreaking labor, husbands would return to their wives, defeated and depleted.  The wives would use their mirrors, both to beautify themselves and to seduce their husbands, thereby becoming pregnant with the next generation of Benei Yisro’el.  According to Midrash the word Tzov’os is taken at its simple meaning – armies.  The women donated the mirrors that essentially helped them create the hosts and legions of Jewish children, who were to carry the Jewish legacy forward.

According to these commentators, passion and eroticism do not have intrinsic value, but they do have instrumental value.  They are a means to an end – that of creating a Jewish nation.

There is, though, another way to interpret the Torah’s verses.

Let us revisit the terms Mar’os Hatzov’os and Ohel Mo’ed.  According to the Shach, the famous commentator on Shulchan Aruch, the term Tzov’os refers to “desire”, as based on Pesukim in Daniel and Yirmiyahu.  According to Keli Yakar, the term Ohel Mo’ed does not refer to the Mishkan (future) or to Moshe’s tent (present).  It points backward in time, to the places in which the women used their mirrors.  Keli Yakar understands Ohel Mo’ed as being the tents of tryst – the very private places in which the women would come together with this husbands, in sexual union.

Based on the above, it is not a far cry to interpret the verses thusly:  The women brought the mirrors of desire – sexual desire, that is, which they had used at the entrances to their conjugal tents, and donated these mirrors for the construction of the Kiyor.

Sexuality and eroticism. as per Jewish law and tradition, may belong to the private domain, but they are not a source of shame The Iggeres Hakodesh, attributed to Nachmanides, reminds us as much, when it states that every organ of the body, including those associated with sexuality and eroticism, was created for a positive purpose.

Passion and desire have intrinsic value.  Within the context of a relationship characterized by respect, concern and care, passion and desire add a unique, gratifying dimension – one that ennobles the union.  This is consistent with Halachah's guidelines for Onah - the sexual availability of husband and wife to each other.

Sexuality, given the right conditions, leads to wholeness and holiness.  It is no coincidence that the term the Torah uses to refer to the conjugal tents is, as the Keli Yakar has noted, Ohel Mo’ed.  The Iggeres Hakodesh hightlights a connection.  To paraphrase: “Hashem’s voice emanates from the Keruvim/Cherubs, who reside in the Holy of Holies, and are described, in The Book of Kings, as being locked in sexual embrace.  Similarly, the Talmud teaches us that the presence of Hashem can be found, particularly within the sexual union between Ish and Isha (man and woman).”  Holiness, union and embrace are all embodied in Ohel Mo’ed, whether it refers to tents of tryst or a chamber of the Mishkan.

Given that sexuality and eroticism are not a source of shame, that they have intrinsic value and that they offer the possibility of holiness, what was most meaningful about the mirrors, donated by the women, was their very association to sexuality and desire.

One question remains:  If, indeed, sexuality and eroticism have enduring and intrinsic value, why, then, would the women give up their “mirrors of desire” and donate them to the building of the Mishkan?  Did they not still have a use for these mirrors?

I believe the answer is as follows.  The sexual relationship between husband and wife is meaningful and gratifying; it essentially feeds the marriage.  Sexual desire also points us to our potential of being passionately in love with Hashem.  A clear example of this is the manner that Shir Hashirim/Song of Songs uses the language of romance and sensuality, between man and woman, to guide us toward the possibility of being intimately joined with Hashem.  Thus, when the women donated their mirrors to the construction of the Mishkan, they were not distancing themselves from the values of sexual passion and desire.  Rather, they were demonstrating, at least in the moment, a willingness to sacrifice the means to this, in the service of their desire for closeness to Hashem.  Right then, perhaps, their Ohel Mo’ed (tent of tryst) and the Mishkan’s Ohel Mo’ed - looks and books - became one and the same.