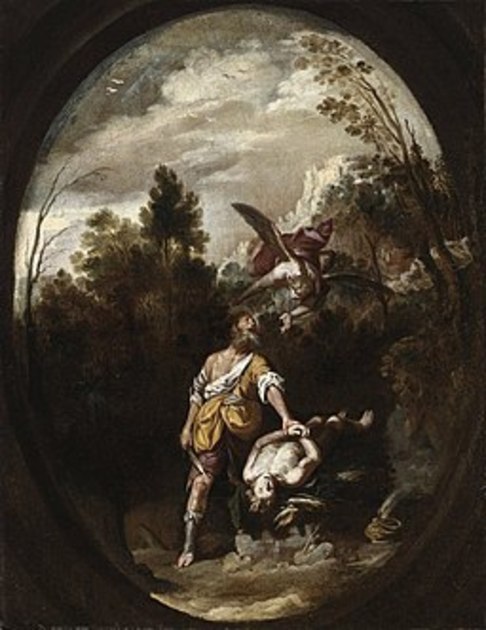 The Torah reading, around this time of year, includes a unique and remarkable narrative – The binding of Yitzchok. It is a story that illuminates, first and foremost, the values of fidelity and sacrifice.

A careful reading of the text and its commentaries, though, yields a bonus lesson. There is a clear illustration of how an individual can meaningfully address a bind in which he’s been placed.  A bind is a situation that one experiences as impossible and untenable.

Let’s first review the narrative: G-d commands Avraham to take his beloved son, Yitzchok, to an undisclosed location and bring him as an offering. Avraham sets out, early the next morning. He, Yitzchok and their servants travel for 3 days, until they reach Mt. Moriah, whereupon only Avraham and Yitzchok ascend.  As they climb, Yitzchok gradually becomes aware that he himself is the intended sacrifice.  Even so, he and Avraham maintain a unity of purpose, and they reach the (now) designated spot.  Avraham builds an altar, binds Yitzchok, and prepares to slaughter him.  Just at that moment, Avraham is commanded, by a heavenly angel, neither to slaughter Yitzchok nor to harm him in any manner.  Avraham obeys the angel's command; he offers a ram, ensnared nearby, in lieu of Yitzchok. The angel praises Avraham for not withholding Yitzchok, and the narrative heads toward conclusion.

To be sure, the Binding of Yitzchok is sui generis – a unique event that will not and cannot be repeated.  No contemporary father needs worry that he could be commanded by G-d to offer up his child. No child need worry that his father would have any justification to harm him – certainly not in the context of worship. Hundreds of years after the binding of Yitzchok, Moshe warns the Israelites not to follow foreign gods; he underscores the depravity of the idol worshiping culture: “Even their sons and daughters they immolate to their gods.” Child sacrifice, for us, has become unthinkable.

All the same, an enduring lesson is taught.  Avraham, our patriarch, was ready to follow G-d’s commandment, at all costs. He was prepared to make any sacrifice G-d would demand of him. Some scholars note that he was willing not only to sacrifice his child, but also to forsake a code he’d been practicing and preaching for decades – that of performing kindness and doing no harm.

As mentioned earlier, there is a secondary lesson to be learned. It starts with a seeming non-sequitur.

The heavenly angel calls out to Avraham: Do not stretch out your hand to [harm] the child; do not do anything to him. For now I know that you are a G-d fearing person.

Had the angel stated: “Do no harm, because Hashem never meant for you to cause Yitzchok physical harm,” or “Do no harm, because the situation has changed and Hashem’s plan requires that Yitzchok live,” that would make sense.  What, though, is the connection between doing no harm and Hashem now knowing that Avraham is a G-d fearing person?

Midrash supplies the connective tissue: After the angel commanded Avraham not to harm Yitzchok, Avraham responded:

I’m neither violating my covenant nor changing my utterance. I did not say “slaughter him,” just “bring him up, as an offering.” Bring him up and [then] take him down.

With the Midrash, we can now trace the logic of the dialogue.  Avraham may have countered the clarification of “bring him up, take him down,” with the following question: “What was the purpose of bringing Yitzchok up, if I was ultimately commanded to take him down?” The angel conveys Hashem’s answer: “Now I know that you are G-d fearing.” The purpose of this exercise was to demonstrate to all – perhaps, even to you – that you are ready and willing to obey my command, no matter what the circumstances.

Even as the Midrash answers some questions, it creates others.  If Avraham is willing to point out the apparent contradictions in Hashem’s communications, why does he wait until (3) the final command from the angel.  Why did Avraham not share his “internal dialogue” at the moment that Hashem commanded him (2) to bring Yitzchok as an offering, given that this immediately contradicted Hashem’s prior assurance (1) that Yitzchok would his enduring seed.

A prophecy from Hashem is exceedingly powerful, but it does not have the weight to counterbalance or contradict a direct commandment. Avraham had received many assurances from Hashem, regarding children, regarding the tie between him and the land of Israel.  Each is valid; each stands on its own, until and unless Avraham receives a commandment.  At the moment that Avraham is directed to yield Yitzchok as an offering, prophecy gives way to commandment.  There isn’t even a contradiction.

What, though, would happen, if Avraham were to receive two conflicting commandments? That is, in fact, the situation Avraham apparently faced, at the moment that the angel commanded him not to slaughter Yitzchok, even as Avraham was earlier commanded to bring Yitzchok as an offering.

Midrash teaches us that Avraham initially tried to resolve the contradiction, by suggesting that he draw some of Yitzchok’s blood and offer it on the altar.  This way, he would be offering Yitzchok (at least partially) as a sacrifice, while not outright slaughtering him.  Avraham’s proposed resolution additionally sustains the prophecy that Yitzchok is the continuation of Avraham’s seed.  The angel, though, backs Avraham into a corner, by warning him “Do not do anything to him – you may not even cause him the slightest blemish.”

At this moment Avraham faces an impossible bind.  He faces a contradiction between Hashem’s initial command and the second set of commands. Which of the commands takes precedence? Avraham cannot see a way forward, a way in which he could show fidelity to all of the parts, all of the commandments.

It is particularly at this moment that Avraham teaches us the secondary lesson of this narrative.  Aside from acting in perfect faith, aside from a willingness to sacrifice all, Avraham confides his bind to Hashem:

“Let me share my internal conversation. I am trying to honor your commandments – all of them – and I am struggling. “

When you face an impossible bind, your best option is to share your bind with the person (or Being) who placed you in that bind.

In the Biblical narrative, Hashem responds by releasing Avraham from the bind: “The commandment not to harm Yitzchok is the controlling directive. My initial command can (and should) be interpreted as simply offering Yitzchok – not in any way harming him. Raise him up [to the altar] and then bring him down.”

Most of us do not find ourselves in binds created by direct communications from an all knowing, all loving G-d.  All the same, we do find ourselves in binds of a different sort.  They arise in our relationships with our supervisors, our loved ones, our spiritual mentors.  Our employer may be unyielding, our spouse conflicted, our mentor confusing.

Being in a bind can lead us toward uncertainty and, occasionally, a feeling of walking on eggshells.  Those of us caught in binds often experience disempowerment - a sense that our energy is being drained from us.

Sharing our bind clarifies the opposing forces to which we’ve been subjected. It affirms that we are doing our best to address those forces. When relevant, sharing our bind informs the one who placed us in the bind that, at present, we can’t possibly meet every single one of their expectations.

If Avraham could find the courage to “confront” Hashem when he was faced with an impossible bind, perhaps we can find a way to confront those with whom we are in relationship:

To our supervisor: "You want me to finish the first project you gave me, you’ve advised me not to work overtime, yet you’ve given me a second more urgent project."

To our loved one: "You insist that I be open with you about all of my feelings; yet you seem unable to tolerate my sharing them with you."

To our spiritual mentor: "You advise me to study full time and not train for a profession; then you remind me of my obligation to marry, bring children into the world and support them."

The binding of Yitzchok most obviously teaches us the depth of Avraham’s obedience, the extent of his capacity to sacrifice. The bind of Avraham, though, teaches us a meaningful way to address those who, we believe, have placed us in untenable, impossible situations. Avraham models for us the lesson: Speak out to the Other (or other), the very bind in which they’ve placed you. It may be your only way forward, toward clarity and, at times, sanity.