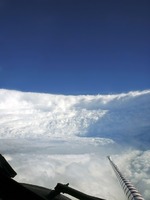 “Excuse me, is that the Torah that you are studying?”  The woman who posed this question was looking across the way into my Gemara, as our plane prepared for takeoff.  She was modestly dressed and wore a headscarf.   In the dim cabin light, her complexion was mocha.  I tried to answer in as factual a manner as I could, as to the different layers of text that were present on the page.

The woman, who was apparently well educated, eventually posed some carefully worded questions.  They regarded a Chassidic community she had observed, years ago, while living in Brooklyn.  Some of her queries had to do with the role of women: “Are they only entrusted with shopping and watching the children?”  Others were about community relations: “Sometimes I would enter the Hassidic butcher shop.  I just wanted to buy food that I knew was carefully monitored.  I felt ignored and invisible in that shop.  Is there a reason for that?”

Our conversation was far ranging. It touched on the values of Torah scholarship and Tz’niyus.  It even led to a discussion about healthy relationships.  Still, her question about the butcher shop kept nibbling away at edge of my awareness.  She had been ignored and treated as if she were invisible.  Is there a reason for that?

I recall our family’s attempt to secure Shabbos invitations for a newly married, non-observant relative and her husband.  The first apartment they took placed them smack dab in the middle of a community of B’nei Torah, many miles away from us.  We knew some of the members of that community.  We excitedly called them, noting that this was an opportunity to host Jews who were open to learning about Shabbos.  Without exception, we were informed: “We don’t do that in this neighborhood.”

I am further reminded of the account of a young relative of mine who visited a Torah oriented community:  “My skirts were always well below my knees.  Still, on the days that I wore denim-like material, even as I looked invitingly into the eyes of girls my age, they all looked the other way.  When I wore a different material, I was recognized.”

We have become an insular people.  We build high walls, not only so that our children not stray, but also to keep out others.  We keep out the Goyim.  We keep out the non-Orthodox.  We keep out people whom we perceive as modern.  Sometimes, in the process, we keep out fellow community members and even our own children.

There is a growing movement in some Torah communities to educate our children Al Taharas Hakoidesh.   In my understanding, this translates into “No secular studies past eighth grade.”  Aside from the vocational and economic implications of such an approach, there is a sociological impact.

The message that Al Taharas Hadoidesh imparts, whether implicitly or explicitly, is that the secular world has nothing to offer us.  Worse yet, the secular world is a dangerous place.  We can allow no points of contact between our world and the outside world.  No Literature. No Social Studies.  No Science.  Not even Math.

One of the consequences of the Al Taharas Hakoidesh mindset is that it creates what I would term “The Katrina effect.”  For those who don’t recall, the city of New Orleans is located on ground that is at a lower level than that of a sizable, adjacent lake.  The city is protected by a series of sea walls or levees.  Were one or more crack to develop in the levee, then the entire city would flood.  This is indeed what happened when Hurricane Katrina rumbled through Louisiana, a decade ago.  Prior to the hurricane and certainly afterwards, the city has survived by recognizing the essential nature of the levee.  We can allow no breaches, ever. Period.

It seems to me, that a city operating on the Al Taharas Hakoidesh model would view the secular world in a similar way.  We must keep the walls up, at all costs.  Even a single breach is deemed dangerous to our very survival.

Not every child can thrive in an educational system that operates Al Taharas Hakoidesh.  Some children have unique educational needs; they learn differently.  Others have a wider range of interests; the roads to explore these interests are closed off.  Some, given their general predispositions, seek soothing in ways that are considered beyond the Pale. Others, given family considerations, simply have more access to the outside world than do their peers.

Of the children who cannot thrive, some suffer silently, as they plod through the system.  Others begin to search elsewhere.

It stands to reason that those who stand guard alongside the gates of Al Taharas Hakoidesh will feel a sense of alarm when they encounter such children:  “If we let this child into our school, then the levee is breached, the dangerous, dirty waters of the outside world will come pouring in, and our way of life will be irreparably damaged.”  And so, we have cities in which there are excluders and the excluded; fear on the one side, a sense of being rejected and isolated on the other.

A friend of mine recounts how, when visiting one community, he wanted to catch up on his email.  He entered an eatery and checked for a wireless signal.  The strongest signal was curiously named “Internet is Assur”.  Perhaps the person who set up the router was feeling guilty about providing public internet access.  More likely, he was not so subtly mocking the Rabbis of the community – those who had pronounced the internet off limits. Either way, the naming is, in my opinion, emblematic of fractures and fault lines present in the community.  It points to some doors that are closed and others that are open and that beckon to our youth.

I recognize that, in many ways, it’s a scary world out there.  The excesses of what is allowed under the First Amendment, the erosion of traditional values and a general antagonism (at least in academic circles) toward people of faith all provide unique challenges to us, our children and the Chinuch we provide them.  If, however, the only solution we can find is to build higher and more impenetrable walls, then we are rendering ourselves and our loved ones increasingly vulnerable to those very dangers.  Not a few of us will, in fact, be locked out, and stuck on the other side.

Gemara: The Talmud; a compilation of teachings that comprise the Jewish Oral Tradition

Tz’niyus: The laws and practice of modesty