Subscribe
Best Practice
Yehuda Krohn, Psy.D.
Click here to view my clinical profile
Where Psychology and Judaism meet
Subscribe to this blog to get the latest updates emailed to you Subscription complete
Open reader view The Pain of an Individual
Yehuda Krohn, Psy.D.
July 9th, 2020 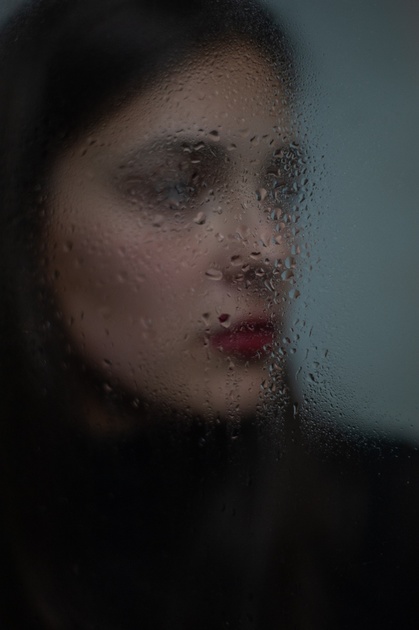 Author’s note: The privacy and confidentiality of individuals found in this narrative was safeguarded, by modifying identifying details.

It didn’t dawn on me the first week of the shutdown, or even the second or third week. The pandemic had shuttered our schools and synagogues for more than a month, before I recalled my earlier conversation with Hank.

Hank is a bright, sensitive young man.  He is also located somewhere on the autism spectrum. He lives mostly at a group residence, but spends weekends at home with his parents and siblings.  Despite his diagnosis, Hank manages to be playful and affectionate, particularly with those who are at the center of his world.

Life, though, is not always easy for Hank. He struggles mightily to accept views that differ from his own.  This leads to discomfort in a number of settings, one of which is work.

Hank was hired to clear the clutter of a local school’s study hall. On his first day on the job, he noticed a sign that instructs students to re-shelve their books.  Few students heed that sign, and this keeps Hank busy for most of the day.

When Hank reminds students to put their books away, they just smile at him.  He’s asked school administration to enforce their rules. The administrators patiently explain to him that they are unwilling to hold the students accountable; they have more serious infractions with which to deal.

Hank has shared with me how angry, even rageful, he often feels.  He reports how he is sometimes ready to yell at students, scold school officials, and/or quit his job. (He’s never done any of these things.)

Underneath his anger, is the sense, accurate or not, that others do not take his role at school seriously. This offends him deeply.

Perhaps deeper down, Hank is confronting a sense of powerlessness.  His immediate focus is a job in which he can’t affect policy change. Hank’s lack of power, though, includes his realization that he likely will not marry, bear children and/or have the means to support a family.

About eight months ago, Hank confided to me that other people must listen to him, because he is special. I asked him what he meant.  Hank haltingly explained that he is somehow closer to G-d than are most people. He added that he experiences dreams that are akin to prophecy. I asked Hank to say more about those dreams.

Hank shared a vivid image of the school at which he works, being empty of students, empty of teachers, outright deserted.  “It’s because of me, because of my pain” he emphasized. Hank noted that he had such dreams, multiple times each week.

Not long after Hank shared his dreams with me, I tried to reason with him: “Even if you reference your dreams to the administrators, they’re probably not going to listen. After all,” I puckishly noted, “they too might have dreams.”

Hank shrugged me off, and insisted that he is unique. In a way, I shrugged off Hank and his dreams. I interpreted them as the longings of a young man, wanting to leave his imprint, on a community he experiences as indifferent. Hank’s dreams were, at most, grist for the therapeutic mill.

Fast forward to May 2020. Our community was now littered with empty synagogues and schools. I recalled Hank’s dreams of a building without students or faculty; a school abandoned. The similarities were eerie.  Was it merely coincidence?

Decades earlier, my Rosh Yeshiva, Rabbi Yechiel Perr, illustrated, to us, the power of heartfelt prayer.  He cited an enigmatic passage from Tractate Yoma: The Kohen Gadol, on Yom Kippur, upon emerging from the Holy of Holies would briefly pray to G-d that He not heed the prayers of the wayfarer.

What is the unique, yet problematic, wayfarer’s prayer that the Kohen Gadol is obliged to counter?  Rabbi Perr explained: Israel is a land that is dependent on rainfall. The precious drops of rain, seeping into the ground, generate fertility, prosperity, and plenty. The Kohen Gadol’s (and our) concern is that a wayfarer who finds himself traveling, during the rainy season, may ask G-d to halt the rain, and, perhaps, G-d would listen.

Rabbi Perr asked us: “How could it be that an entire nation of people needs rain, longs for rain, prays for rain and that the wishes of a solitary traveler would bear more weight?”

I still remember his answer: Those who pray for rain, are thinking about the future, about crops that are not expected to arrive, for several months.  The planters are anticipating a benefit that is still far off; they are imaginatively praying for it.

The wayfarer’s need, in contrast, is immediate. He is on the road, right now. He is miles away from his destination. The rain has soaked through all his clothes; he’s chilled to the bone.

The wayfarer Krechtzes (moans) – “Oooyyyyyy!” His pain is immediate; it comes from the depths of his heart.  G-d could conceivably heed a single, visceral Krechtz more so than all the prayers of all the planters and harvesters combined.

The power of immediate pain and suffering is so great, Rabbi Perr concludes, that we must rely on someone no less important than the Kohen Gadol, on a day no less significant than Yom Kippur, near a location no less hallowed than the Holy of Holies, to beseech G-d to heed not the pained traveler’s prayer, but instead ours.

When I think of Hank and his dreams, the scientific part of me still tells me that Hank is fantasizing about power that’s beyond his grasp; he’s engaging in magical thinking.  The part of me, though, that absorbed my Rosh Yeshiva’s discourses hears the echo, the moan of the traveler caught in the rain – “Oooyyyyy!”. It tells me that the experience of an individual who suffers is hard to measure, hard to contain, hard to withstand. His prayers and visions have heft. At the end of the day, I don’t know which is the truer approach.

May G-d bring us relief from the pandemic.  May G-d lighten Hank’s load, as he faces his oftentimes harsh realities. May we all learn not to discount the pain of an individual.

Tractate Yoma: A book of the Talmud