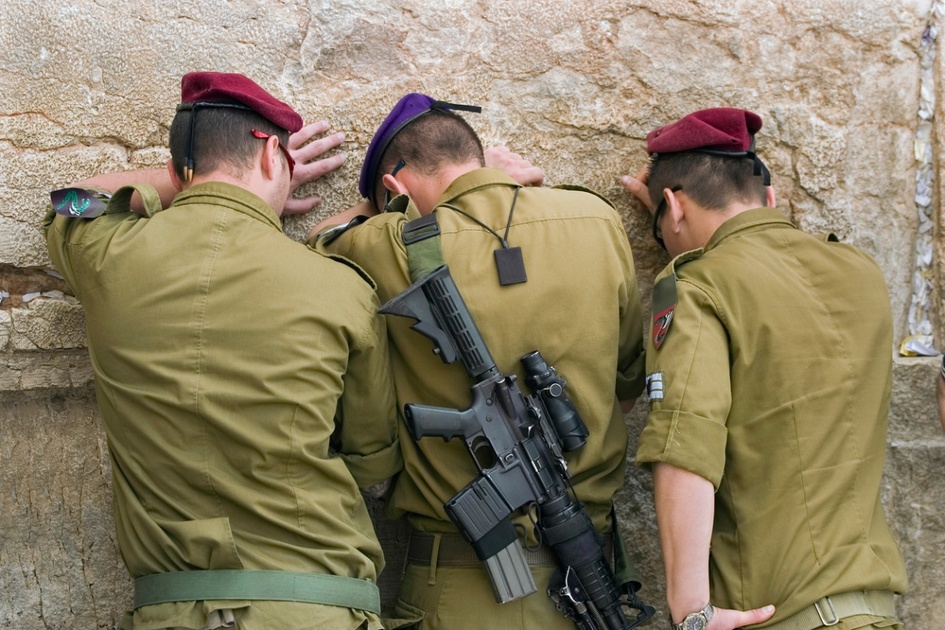 I am not the kind of person who cries at the drop of a hat.  I have experienced, over the decades, more than one sudden, profound loss and have found myself almost unable to shed tears.  My stoicism has led others and, at times, myself to wonder whether I was capable of caring.

A number of years ago, I came across a history series produced by a prominent American Rabbi.  One of his tapes (yes, it was that long ago) focuses on the Six Day War.  It includes audio footage of the capture of the Old City of Jerusalem.  As I listened, I discovered that I could decipher the staccato radio messages of the Israeli infantry commanders.  At some point, I began to feel as though the events were unfolding around me.  I found myself being swept along in a current of danger – “They are still shooting at us,” – anticipation – “Forward, forward, through the Lion’s Gate,” – and, ultimately, joy and exultation – “The Temple Mount is in our hands!” The Shofar wailed, and I was… sobbing.

Since then, every time that I’ve listened to that recording – typically at this time of year – I’ve had the same set of reactions.  Tears start rolling down my cheeks, my throat becomes lumpy and my chest heaves.

To be sure, it is hard not to feel a deeply rooted sense of gratitude to Hashem/G-d and His messengers for returning to us the Kotel and Har Habayit.  These special sites, following millennia of Jewish yearning, are, again, in our hands.  Still, the valence, or charge, present in my emotion seemed disproportionally high, especially given my inability to cry in other settings – ones that seemed more personal.

At some point in my training, though, I began to piece together an explanation.

It starts with the theory of Dr. Donald Winnicott, a famed psychoanalyst of the Object Relations school of thought.  Winnicott wondered why toddlers and children become strongly attached to dolls, blankets and the like.  He suggested that a child, particularly at a moment that he has no access to his mother, becomes worried – even terrified.  The blanket then assumes, in the inner world of the child, an important role.  It becomes an object that the child unconsciously treats as something between an unattainable wish (Mommy is here) and objective reality (Mommy is not here).  The doll soothes the child; it represents an illusion, of sorts, simultaneously being Mommy and not Mommy.  Winnicott’s term for the blanket or doll, when it functions in these roles, is Transitional Object.

Winnicott’s Transitional Object is not limited to that which is tangible and concrete.  He believes that games, play and even art can function as Transitional Objects.  For Winnicott, the lure, for a child, of sailing a toy boat is that the boat is both real and not real. The child is, thus, simultaneously the captain of a ship, and not the captain of a ship.  A painting may resemble a missing loved one, but it remains separate from that loved one.  When a child, or even an adult, plays or paints or draws, she is often attaching herself, symbolically, to a vocation or person that she craves but cannot, at the moment, have.

So, what does the notion of Transitional Object have to do with sudden loss, the Six Day War and sobbing?

There are many reasons why someone who experiences a sudden loss may find himself unable to cry.  Some have described unanticipated bereavement as a disconnection of sorts.  Loss generates a set of feelings that are raw and jagged.  A more typical, extended process of loss can create a space for the ripening, softening and, ultimately, the owning of those feelings.  Not so with sudden loss.  In the absence of a regular mourning process the transformation of grief and sadness is hindered.  Feelings of loss may remain as jarring as when they first emerged.  It is the unconscious fear of confronting these sharp, still unprocessed feelings that creates an emotional wall between a survivor and his loved one.  All that the survivor is aware of is a sense of being separate, alone and, perhaps, even empty.

With all this, I’ve come to believe that nestled in Har Habayit Beyadeinu (The Temple Mount is in our hands) is more than one layer of meaning.  It is, for starters, a profoundly important event for the Jewish people.  Even if we’ve not yet reached the “flourishing of our redemption”, we are, at least, coming to the “end of our exile”.  For me, Har Hayit Beyadeinu also serves as a Transitional Object.  I may not have direct access to the fullest range of feelings for my departed parents.  They’ve been gone for too long; we are worlds apart.

And yet… the recording of the advancing soldiers symbolically helps me chip away at the emotional wall between myself and my parents.  It drives home for me that there will come a day, when we will find our way through the danger (whether of my raw, jagged feelings or of the birth pangs of Mashiach) and the anticipation this holds for us (an end to our loss is in sight).  We will experience the joy and exultation of reuniting with our departed loved ones, with the Loved One whose Divine Presence has departed, and with the wellspring of our walled off feelings and tears.  And so I cry.

May G-d speedily rebuild His Temple…. And may G-d swallow up death forever, and wipe away the tears from all our faces.