Subscribe
Best Practice
Yehuda Krohn, Psy.D.
Click here to view my clinical profile
Where Psychology and Judaism meet
Subscribe to this blog to get the latest updates emailed to you Subscription complete
Open reader view You better listen to your Dad!
Yehuda Krohn, Psy.D.
March 20th, 2018 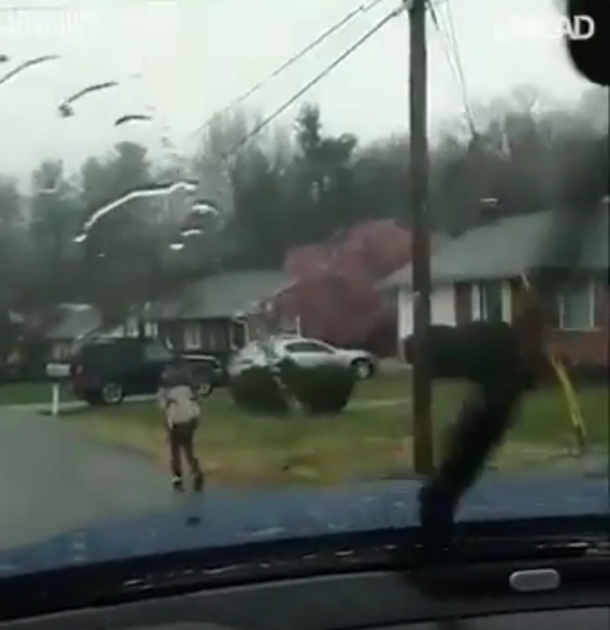 There is a remarkable video that has, of late, been making the rounds, on social media.  The video is shot through the windshield of a moving automobile.  The wipers are operating; it is raining outside.  A father, whom we can’t see, narrates, as he drives.  He draws our attention to a 10-year-old child, wearing a backpack, who is running a short distance ahead of the car.

Dad continually reminds us that THIS is parenting.  The good news, he notes, is that “you don’t need to kill your kids and you usually don’t need to beat them.”  Dad quips that his son will likely become a good runner.  He hints that a less active and, thus, unacceptable option would be to let his son sit in front of an X-box, all day.  Dad drawls that, unlike his guns, which he can lock in a safe, he cannot forever lock up his son.  And, so, he is teaching his son a lesson.  Dad reports that his son has indirectly expressed gratitude for the active and present role he (Dad) has played in his upbringing. He further reports that his son’s behavior has “come under control” over the course of the past week.

It is unclear why Dad is following, by car.  Is he concerned for his son’s safety?  The neighborhood seems fairly residential and thus, not unsafe, for 10-year-old to navigate, on his own.  Is Dad trying to ensure that his son will run and not simply walk?  (If his son were to try and walk, how would Dad oblige him to resume running?)  Might Dad only be riding along, in order to video his son running and thereby be in a position to share his parenting values with others?

Dad introduces the video with the words “You better listen to your dad, Two thousand and Eighteen.”  Early in the video, he identifies his son, by his first name.  Later on, Dad shares the family’s last name, as well.

Community response to the video, as gauged by comments shared, is mostly positive.  Not a few of the positive comments have come from those who self-identify as “educators”.  A few commenters, though, have gently expressed their reservations.

What are your thoughts and feelings as you watch or simply read about this video?

Is this how you would wish to parent your children?

Do you recall how your own parents disciplined you?  Were they less active and interventive than Dad? Did they, perhaps, treat you more harshly?

Can you put yourself in the place of the 10-year-old?   Would Dad’s approach have been helpful to you, had you been acting as a bully?  Why or why not?

Is there a more effective way for a parent to respond, or is this as good as parenting gets?