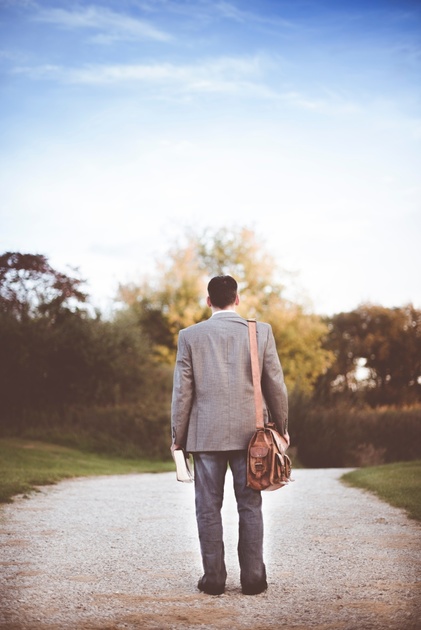 Difficult times such as Corona virus cause us to ponder why we must suffer.  This is an old theological problem, indeed recorded in the Book of Job.  The language of Iyov is poetic, meandering, making it difficult to understand exactly what the various sides of the debate where, and what the final answer was.  Many exegetes, including Rav Saadia Gaon (introduction to commentary on Iyov) notice and question the unclear verbosity of Iyov, and endeavor to render its obtuse dialogue into a comprehensible philosophical debate.  This subject, known as theodicy, is one of the most challenging theological puzzles, within an overall complex and esoteric puzzle of G-d’s providence.  In this essay, I will focus on the key views expressed by our sages regarding the concept of tests from G-d.

One “simple” solution as to why Iyov and other good people had to suffer is that G-d is testing them in order to allow them to reap an even greater reward in the future; either this world and principally in the World to Come.  This is a key position, which is supported by scriptural sources which we shall soon see. Rav Saadia Gaon describes this as the principal message of Iyov, as well as noting this principle in Emunos V’Deos (5:3).

Yet, Maimonides (Guide III:24) cannot accept the notion that G-d would test a human being’s faith in the simple meaning, as G-d needs no proof, and furthermore such a tactic can be perceived as cruel and sadistic.  Maimonides explains:

“The doctrine of trials is open to great objections: it is in fact more exposed to objections than any other thing taught in Scripture...People have generally the notion that trials consist in afflictions and mishaps sent by G-d to man, not as punishments for past sins, but as giving opportunity for great reward...The principle taught in Scripture is exactly the reverse; for it is said: "He is a God of faithfulness, and there is no iniquity in him" (Deut. 32:4)...The teaching of our Sages, although some of them approve this general belief (concerning trials], is on the whole against it. For they say, "There is no death without sin, and no affliction without transgression...The sole object of all the trials mentioned in Scripture is to teach man what he ought to do or believe; so that the event which forms the actual trial is not the end desired: it is but an example for our instruction and guidance."

In essence, Maimonides believes that events may occur, and perhaps even be orchestrated by G-d, that teach others greatness and moral behavior.  In this way, they are a test, that they instruct and exhibit greatness.  However, the actual suffering that the individual experiences must not be gratuitous; it may be a punishment or some other matter that we may not fully understand, but definitely not merely to test a person.  (Maimonides’ view on providence is, as per his practice when discussing secrets of the Torah, veiled in contradiction, hints and obscure passages scattered throughout the Guide.  See Guide Introduction, III:17 and 18, and III:51 for starters.)

It is fascinating that Bereshis Rabbah (55) also responds to the questions of theodicy and even seems to anticipate Maimonides’ questions, as we shall see:

And it came to pass after these things, that God tested [nisah] Avraham (Gen. 21:1). It is written, “You have given a nes (flag, banner) to those who fear You, that it may be displayed [lehithnoses] because of truth [koshet], selah” (Ps. 60:6): this means, trial after trial, greatness after greatness, in order to test them in the world and exalt them in the world like a ship’s flag. And why all this? ‘Because of truth, selah’: so that the attribute of justice [din] may be verified [titkashet] in the world. Thus, if one says: ‘Whom God wishes to enrich, God enriches; to impoverish, God impoverishes; whom God desires God makes into a king; when God wished, God made Avraham wealthy, and when God wished God made him a king!’ Then you can answer that person and say, ‘Can you do what Avraham did?’ And the person would ask: 'What did he do?' and you say: "Avraham was a hundred years old, when his son Itzchak was born to him" (Gen. 21:5); yet after all this pain it was said to him: "Take, please, your son, your only son" (22:2), yet he did not refuse. This is ‘You have given a flag to those who fear You, that it may be displayed’.

The first opinion in the Midrash seems to be saying that it is not a test, but rather a banner or sign to demonstrate why Avraham received such rewards and success.  G-d put Avraham through trials to demonstrate his worthiness to others of the world.

This interpretation solves part of the problem, but it still does not explain fully why G-d could not have somehow proven Avraham’s greatness to the world without causing so much distress and suffering.  Perhaps this is why the Midrash goes on to offer four more interpretations:

“Hashem tries the righteous...Rabbi Yonatan said: When a flax worker knows that his flax is of good quality, the more he beats it the more it improves and the more it glistens; but if it is of inferior quality, he cannot give it one knock without it splitting.”

This interpretation seems to be suggesting that G-d inflicted this test on Avraham to somehow help him improve his character, much as the textile worker beats his flax in order to strengthen it.  This answer provides an explanation for why Abraham had to suffer.  In some way, he needed this experience to grow.  The problem with this interpretation is that it is an ever-so-slight rebuke of Avraham.  Because, this implies that theoretically, Avraham could have been on the level of improving himself without the suffering.  Although we might say, that this is endemic to the human condition, and there exists no human who could completely mentalize all experiences based on good thought alone.  Even the greatest tzaddik might need tribulations to learn some of life’s valuable lessons.

The Midrash then offers another opinion:

While at first this Midrash appears blasphemous, pointing out what seems to be hypocritical behavior, in actuality the message is deeper and reminiscent of G-d’s message at the end of Job (chapter 38): “Where were you when I laid the earth’s foundations? Speak if you have understanding!”.  This concept is echoed in G-d’s statement to Rabbi Elazar (Taanis 25a): “My son, is it more convenient for you that I return the world to its very beginning? Perhaps you will be born in an hour of sustenance and not be poor!”  The upshot of this particular Midrashic answer is that G-d’s ways are unfathomable and what appears to be unfair is simply part of an intricate web of ways in which G-d must regulate the world for the best.  One cannot pull out one strand without Affecting so many others.  We must trust that G-d has His ways, and it is all for the good.

Finally there are two other Midrashic interpretations, which resolve the problem of a test from two sides of the coin, but essentially relying on the same philosophical theme:

“After these things — misgivings were experienced on that occasion. Who then had misgivings? Avraham, saying to himself: ‘I have rejoiced and made all others rejoice, yet I did not set aside a single bullock or ram for the Holy One of Blessing.’ Said the Holy One of Blessing to him: ‘I know that even if you were commanded to offer your only son to Me, you would not refuse.’”

These last two interpretations suggest that consciously, or unconsciously, Avraham and/or Yitzchok wished to be tested.  This approach neatly solves Maimonides’ objection to G-d being unjust because the principal participants wished it upon themselves.

To review and conclude, theodicy, or why people are tested can be understood via several approaches.  The most traditional, represented by the plain meaning of many verses as well as Rav Saadiah Gaon, is that G-d tests a person to increase his reward.  There is a potential problem in that approach because it can still be seen as unfair and cruel.  Maimonides answers this by suggesting that G-d does not test the person, so much as allow experiences or even orchestrate experiences so that a person can grow stronger in character.  This approach is supported by several interpretations of Bereishis Rabbah.  The Midrash offers two additional approaches:  One is that we cannot ever hope to understand why G-d does what he does, and we should not question his authority any more than a lowly subject questions a king’s judgement.  Or, perhaps consciously or unconsciously, the person wished to be tested in order to prove his devotion to himself and others.

Photo by Ben White on Unsplash