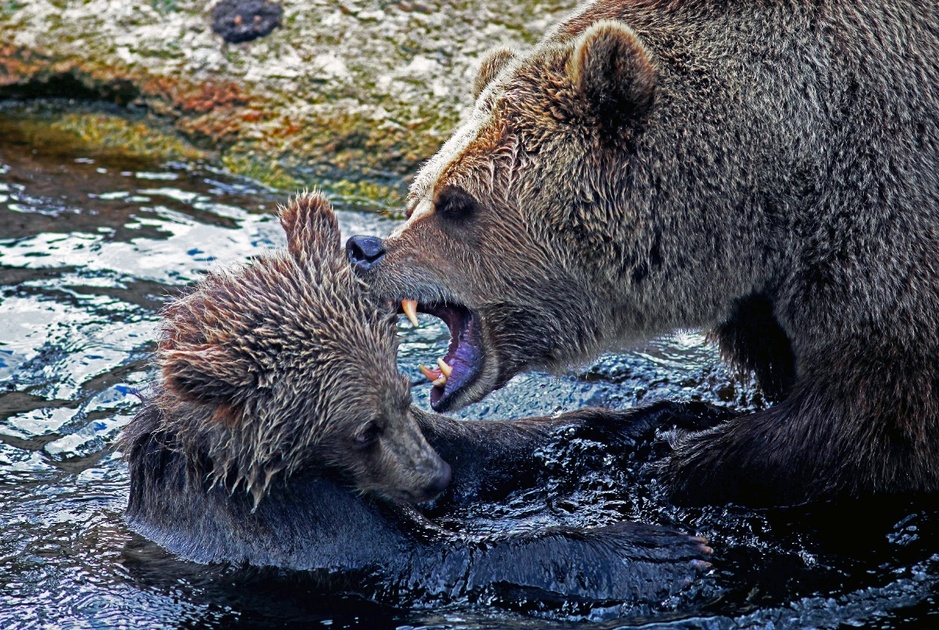 What is the correct way to teach children not to bite? Our 4-year-old has been having this issue. When I was a kid, we were threatened with getting pepper on our tongue, getting soap in our mouths, or being bit back ourselves (so you know what it feels like). My sense is these ideas don’t fly today. Or do they? It can really hurt the other kids. Do you have any better ideas?

The three remedies to which you refer all have one thing in common. They are all forms of punishment. Punishment, when properly and consistently applied, tends to work because people instinctively avoid pain and discomfort. Punishment can be concrete, psychological (conscious), or emotional (unconscious). Concrete punishment can be physical (as the three that you mention) or otherwise—like taking away a toy or a privilege.

In additional to the physical aspect, the “eye for an eye” idea of biting the child has an additional psychological component. It attempts to help the child understand the reason behind the “no biting” rule. Though your 4-year-old can certainly understand how being bitten is unpleasant for him, he may not have the capacity to recognize that other people feel similarly. Children are egocentric—everything is about them. (This is why very young children often cover their eyes to make others disappear.)

An example of emotional punishment is causing a child to feel ashamed and embarrassed after having done something wrong. Generally, emotional punishment is not a good idea. It often does not work when applied. The association between the child’s action and the punishment is usually tenuous. Even when it appears to work in the short run, the positive effects can dissipate over time. Additionally, emotional punishment can result in worse behavior. The unconscious mind is extremely complex, and we have no way of predicting the short- or long-term effects of our actions. An action that we believe should cause a logical sequence may actually result in a deep and volatile reaction. This is due to unconscious hurt, fears, and insecurities being roused—and the inability (because of their unconscious nature) to resolve them.

Because of the inability to properly predict the outcome of psychological and emotional punishment, concrete punishment is generally the way to go. Obviously, any punishment should be meaningful to the child. With young children, it’s usually important that the punishment immediately follow their negative action. Regardless, it needs to be clearly connected with their action.

Though direct consequences usually work when properly and consistently applied, rewards generally work even better. As you might expect, reward combined with punishment has been shown to be even more effectual. Sometimes parents need to be creative in identifying the action that would lead to a reward. In your situation, an example might be not biting anyone for a week. Visual and verbal reinforcement of both the positive action and the reward increase the likelihood of the reward’s effectiveness. (“You haven’t bitten anyone in four days—you now have four stars on your ‘behavior chart.’ Three more days, and you can choose a prize.”)

author of Self-Esteem: A Primer

The Contents Of This Blog, Including Text, Graphics, Images, And Other Material Are For Informational Purposes Only.  Nothing Contained In This Blog Is, Or Should Be Considered Or Used As, A Substitute For Professional Medical Or Mental Health Advice, Diagnosis, Or Treatment.  Never Disregard Medical Advice From Your Doctor Or Other Qualified Health Care Provider Or Delay Seeking It Because Of Something You Have Read On The Internet, Including On This Blog.  We Urge You To Seek The Advice Of Your Physician Or Other Qualified Health Professional With Any Questions You May Have Regarding A Medical Or Mental Health Condition.  In Case Of Emergency, Please Call Your Doctor Or 911 Immediately.  The Information Contained On Or Provided Through This Blog Is Provided On An "As Is" Basis, Without Any Warranty, Express Or Implied. Any Access To This Blog Is Voluntary And At Your Own Risk.