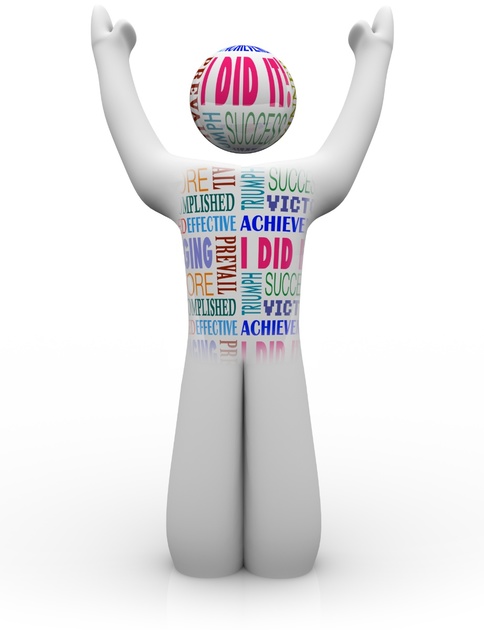 It can be sad to see all the different issues people are facing in the area of mental health. I wonder if, lekavod Purim, you could each share a short success story from your practice about how someone was able to reach their goals and enhance their lives?

To preserve confidentiality, I cannot refer to specifics. However, I think that most therapists would agree that their successes tend to make all their work worthwhile. While no seasoned therapist can claim a 100% success rate, the goal is to achieve the highest success rate possible. Success can be defined in various ways, and it is highly individualized. For one person, it may be to reduce anxiety to the point where they can be a functioning member of society. Another person may strive to never again have anxiety.

In response to your question, I will discuss a theoretical case that is based on various experiences in therapy. To avoid any possible confidentiality issues, many specifics have been omitted or changed. I recall a client—we’ll call him Jonathan—who had a sudden onset of insomnia. He had never previously had any trouble sleeping or any other related issues. He slept very poorly for a number of months. Then abruptly, the insomnia ceased, only to be replaced by what he referred to as “losing time.” In one instance, he recalled being with family at a party. The next thing that he remembered, he was sitting in front of a friend’s house with no recollection of the previous four hours. He was later told that he had been involved in many discussions and activities over the course of these hours.

In taking a complete history, I was astounded at the depth and breadth of Jonathan’s recall. He remembered things that occurred when he was one and two years old. He knew exactly what he had done for practically every month of his life, and who his teachers were for each year of his life. However, I noticed that he completely glossed over his eighth grade year. He never mentioned one memory from that year. When I asked him about this, he couldn’t recall one thing about that school year. He was flabbergasted. He couldn’t understand how an entire school year was obliterated from his memory.

With encouragement and some coaxing, some memories began to emerge. After a couple of sessions, Jonathan clearly recalled the entire year—along with the reason for his previous lack of recall. During that year, he had been mercilessly teased and bullied by his classmates. In order to protect him from the bad feelings and thoughts that this experience engendered, his unconscious mind created a defense mechanism, causing him to “erase” this year from his memory.

Although for many years this appeared to have no ill effects, there were likely issues that were never consciously connected to Jonathan’s eighth grade experiences. Regardless, years later, his unconscious mind began hinting to his conscious mind that it was time to properly deal with these underlying negative emotions. When insomnia didn’t work, his unconscious mind raised the stakes (in a sense saying, “Maybe you can ignore insomnia, but let’s see you ignore a mental dissociation.”).

Once Jonathan consciously acknowledged the negative memories and feelings associated with the phantom year, he was able to view them from his adult perspective. This allowed him to quickly put them behind him. After just a few more sessions, his issues had disappeared. I asked him to call me if any symptom recurred. I haven’t heard from him since. This was about twenty five years ago.

author of Self-Esteem: A Primer

The Contents Of This Blog, Including Text, Graphics, Images, And Other Material Are For Informational Purposes Only.  Nothing Contained In This Blog Is, Or Should Be Considered Or Used As, A Substitute For Professional Medical Or Mental Health Advice, Diagnosis, Or Treatment.  Never Disregard Medical Advice From Your Doctor Or Other Qualified Health Care Provider Or Delay Seeking It Because Of Something You Have Read On The Internet, Including On This Blog.  We Urge You To Seek The Advice Of Your Physician Or Other Qualified Health Professional With Any Questions You May Have Regarding A Medical Or Mental Health Condition.  In Case Of Emergency, Please Call Your Doctor Or 911 Immediately.  The Information Contained On Or Provided Through This Blog Is Provided On An "As Is" Basis, Without Any Warranty, Express Or Implied. Any Access To This Blog Is Voluntary And At Your Own Risk.