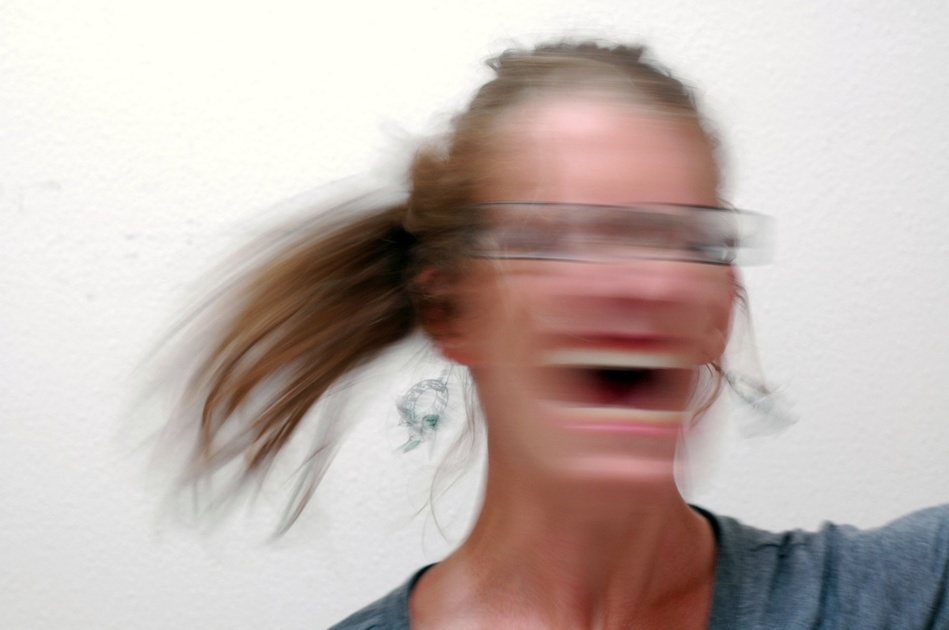 Marc considers himself an overall decent guy, he cares for his wife and children and is a hard worker.  Once in a while, when people really push his buttons he loses his temper -- he can say abusive statements such as name-calling and also physically punches the wall.  His wife says it is unbearable and frightening to her and the kids and he needs help. It doesn’t seem like such a big deal to him, but he must concede that his father was the same way and it was not fun to watch his Dad to behave that way when he was a child, so maybe his wife has a point.

Rebecca tries her best to be a patient and attentive Mom.  She goes the extra mile when one of her kids need something.  But if she is tired or stressed she can go on a screaming fit.  Her husband doesn’t understand that when he tells her to calm down it just makes her more frustrated.  But, he does have a point that it would be much better if she would be calmer. In a way, it is kind of embarrassing and still it’s her way of coping when things get to be too much, especially when the kids start whining and no one seems to appreciate her.

When a person comes to therapy for help with an “anger management problem”, my first response is that it is not a problem, actually it is a solution! What I mean is that the reason why the person keeps using anger is that, in some way, it does solve the problems of the moment.  When a person indulges in rage and aggression it changes one from feeling helpless and powerless to strong and effective. In addition, it causes people to notice and listen to you. And, if your verbal or physical aggression is threatening enough, it can even compel people to comply. This leads to a person using anger as their “Ace Card” and go-to place when other solutions do not seem to be working.  True, there may be longer term consequences caused by the “anger-hangover” such as feeling disconnected from the people you love, loneliness, others hating you or fearing you, and possible resentment from others, but at the moment, it still feels good enough.

This is why the first step in addressing a so-called anger problem is to realize that it indeed is a solution.  Human beings are an unusual amalgam of basic animal instincts and then something called consciousness, or if you will, the soul.  Consciousness and self-awareness is almost like an after the fact patch to the operating system of the human animal. Almost all basic functions of life, eating, sleeping, sex and staying alive are shared with every other animal.  Indeed, we have bigger brains, so we can do some things better, but self-awareness and self-control are almost add-ons to the human condition. It is natural in every sense of the word to react to situations that we cannot control or feel threatened by with anger and aggression.  This is the organism’s way of gearing up physiologically for the fight to survive.

The problem is that modern civilized life is less geared toward aggressive physical solutions -- but our glands do not know the difference between a perceived existential threat and an actual one.  Thus, when a boss or spouse is somehow cutting into your personal space, emotional or physical, it felt to be as dangerous as when a tiger is chasing you. Adrenaline pumping, rage and the ability to fight are essential when fighting off a tiger, while not so useful in modern interpersonal situations.  I believe this is why there is so much more anxiety symptoms in modern post-industrial societies. There is a constant barrage of stimuli that activate our adrenal system to go into fight-or-flight mode, and yet most of the time no appropriate arena to discharge that energy. Someone cuts you off and steals your parking space?  Did you receive a letter from the IRS? You glands go into overdrive to fight this phantom enemy but there is no one to fight.

The first step in any kind of change is awareness.  Anger comes from a physiological arousal to a perceived threat.  The good news is that aside from being animals, we do have a consciousness that can override our instinctive programming.  And, even better, as we continue to notice and override this programming, new subroutines get installed. However, the trick is to cultivate an awareness that catches yourself earlier instead of later in the process.  Imagine your anger to be like a horse behind a moderately locked barn door. If the horse becomes scared at first it whinnies a bit, maybe huffs and puffs. Soon it becomes more agitated. Eventually, it will start charging at the door.  Surely, once the horse has broken down the door and is at full gallop it will be nearly impossible to calm it down. Yet, if it was soothed at an earlier stage, the crisis could have been averted. This is how it is with our glandular system as well.

Returning to the scenarios that cause anger, several important steps and various points in the process need to be reprogrammed. The first step is to check in with self daily, if not several times daily, and ask yourself is anything starting to irritate me, and how severe is it?  Am I trying to push it off and hope it will disappear? Pushing off anger is a good strategy for one-time annoyances but not for behaviors or events that loved ones and associates do to us over and over as part of a pattern. For example, if your child is unusually disrespectful and you want to give him a free pass, why not?  But if this is part of an overall pattern you need a system to deal with it otherwise you will end up blowing up.

The second step is to make sure what you are perceiving events accurately.  If you perceive something as a threat, then you will become aggressive, but what if your perception is inaccurate?  It is important to train yourself to hold yourself back from judgment long enough to clarify. It is helpful to ask calmly what is going on before you leap into what could be an incorrect perception.  Even threats that seem obvious and unambiguous can come from not knowing the full story. Consider a situation when you “all of sudden” find that your spouse is yelling at you. You think, “What the heck did I do?”.  It is possible that you did nothing. However, you might have been daydreaming or distracted and your spouse felt ignored. It is not that this justifies yelling at you, but it does provide understandable context. Therefore, train yourself when experiencing something or upsetting to first gently ask, “What is this about?  Did I do something here that is causing such a difficult reaction?”

The final step is to look for healthier ways to channel your aggression.  Aggression is important for survival. It also can help you focus and actually solve problems.  However, as we noted earlier, raw aggression is good for fighting off mongol hordes and less helpful in interpersonal interactions.  Yet, aggression is still useful. Let the anger wash through you and use it to focus. You can be strong and assertive with people without being abusive.  You can state firmly you want to solve this problem. You can also state you want time to think, or even time or space to cool off. These are helpful uses of aggression to help maintain your boundaries.

One final note of caution:  Some people become aggressive when they fear abandonment and loss.  This is why retreating when someone is angry or asking them to calm down backfires in certain situations and leads them to become more angry.  Returning to the galloping horse metaphor, while it is hard to stop it at full gallop, one strategy can work. You need to jump on another horse, gallop just as fast, and then when matching speeds grab the reigns and slowly bring it to stop.  When it comes to people that are angry and at full gallop, if you walk away, ignore them, or try to calm them down they might get more angry. Instead, you can match their emotions and their affect, without matching their abuse. So, if someone is invading your space or yelling at you, you yell back, “I KNOW YOU ARE ANGRY AND I WANT TO HELP.  I WILL LISTEN AND TRY TO WORK OUT THE PROBLEM BUT I CANNOT DO IT WHEN YOU ARE YELLING. I CARE BUT I NEED A FEW MINUTES TO CALM DOWN.”

This doesn’t always work right away.  You may need to lather, rinse and repeat.  Do it as much as you need to, just watch that your language, while forceful and loud is not abusive.  Instead it should communicate interest, concern, care and optimism -- even though you are yelling this at the same level of aggression and force that the other person is attacking you with. It is a challenging maneuver but once mastered can help in unusually difficult interactions.