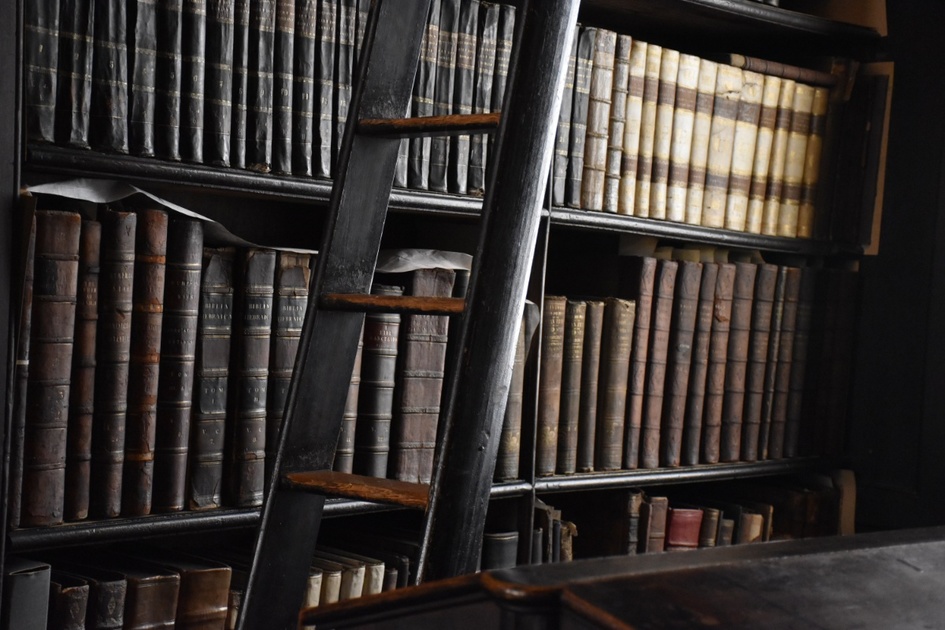 We also learned in the mishna that one may not make a drug to induce vomiting on Shabbat. Rabba bar bar Ḥana said that Rabbi Yoḥanan said: They only taught that this is prohibited with a drug, which is considered a medicine; however, inducing vomiting by hand is permitted. It was taught in a baraita that Rabbi Neḥemya says: Even during the week, if one need not vomit for medical reasons, it is prohibited to induce vomiting because it causes loss of food.

for Video Shiur click here to listen:  Psychology of the DAF Shabbos 147

The ancient romans had a custom amongst the wealthy to vomit food after eating in order to make room for more food.

According to Suetonius, who was secretary of correspondence to the emperor Hadrian, the emperor Claudius always finished his meals excessively bloated with food and wine. He would then lie down so that a feather could be inserted down his throat to make him disgorge the contents of his stomach.

Claudius’ excesses paled in comparison to the emperor Vitellius, who allegedly feasted four times a day, and procured exotic foods from all over the empire to satiate his enormous appetite, including brains of pheasants and flamingo tongues. He is said to have vomited between meals in order to make room for the next banquet. The historian Cassius Dio memorably remarked that Vitellius was “nourished by the mere passage of the food

This is NOT Bulimia, NOR is the mishnaic term Bulmos, though Bulmos is some kind of somatic mania having do do with eating.  (Mishna Yoma 8:6): מי שאחזו בולמוס. מאכילין אותו אפילו דברים טמאים.

If one is seized by a ravenous hunger, they feed him even unclean things until his eyes light up [and he returns to health].  The Mishna uses the Greek term, βούλιμος (bulimus) for ravenous hunger.  Our word Bulimia is etymologically related but not diagnostically similar.

Pathoplastic factors refer to the uniqueness of symptom expression

Eating disorders occur most often in industrialized cultures where there is an emphasis on thinness, especially if thinness is linked to success. Magazines, television, and other media have created an unrealistic image of the perfect, successful person. The pressure to be thin can lead to intense dieting, even in very young children, which can turn into an eating disorder in people who are more likely (predisposed) to get the disorders.

Certain family attitudes or dynamics may contribute to the risk of a child or teen developing an eating disorder. The risk for eating disorders may be higher in families that:

Young people who develop eating disorders often have a close but troubled relationship with their parents. Although this is common in the teen years, a person who is at high risk for developing an eating disorder will take concerns over parental relationship problems to an extreme. The child may be afraid of disappointing his or her parents or may be trying to control an unspoken conflict or lack of harmony within the family.

Other somatic disorders: In the times of the Talmud, there was an irrational fear about being accused of having a particular kind of deformity on the male organ, known as krus shafcha.   Krus shafcha literally means a cut pipe, a deformation of the urethra from an injury such as a botched Brit Milah that leads to a dysfunction in the ability to properly urinate and ejaculate.  In fact, this deformity would invalidate the person as a marriage partner, and also it was believed medically to make the person functionally infertile. Therefore, there was an intense hysteria about being accused of having this deformity. Pages of halakha were devoted to proper privy conduct in order to avoid being gossiped about that one had this deformity - and by implication his children were not his own, but mamzerim. (Bastard children conceived from an adulterous or incestuous relationship. See for example, Niddah 13a.) Though this fear used to be vividly felt, it is safe to say, that this fear is not an active concern in present-day Orthodox Jewish culture. Indeed, the Diagnostic and Statistical Manual of Mental Disorders V (American Psychiatric Association, 2013) has an extensive Appendix of culturally-based manifestations of mental illness. Thus, every generation and culture has its collective fears and anxieties, conscious and unconscious, and physical manifestations of them.  And, once the anxiety reaches a tipping point, it develops into a cultural and social phenomenon.

Cultural and social factors contribute to the causation of mental illness, yet that contribution varies by disorder. Mental illness is considered the product of a complex interaction among biological, psychological, social, and cultural factors. The role of any one of these major factors can be stronger or weaker depending on the disorder (DHHS, 1999).

The prevalence of schizophrenia, for example, is similar throughout the world (about 1 percent of the population), according to the International Pilot Study on Schizophrenia, which examined over 1,300 people in 10 countries (World Health Organization [WHO], 1973). International studies using similarly rigorous research methodology have extended the WHO's findings to two other disorders: The lifetime prevalence of bipolar disorder (0.3-1.5%) and panic disorder (0.4-2.9%) were shown to be relatively consistent across parts of Asia, Europe, and North America (Weissman et al., 1994, 1996, 1997, 1998). The global consistency in symptoms and prevalence of these disorders, combined with results of family and molecular genetic studies, indicates that they have high heritability (genetic contribution to the variation of a disease in a population) (National Institute of Mental Health [NIMH], 1998). In other words, it seems that culture and societal factors play a more sub-ordinate role in causation of these disorders.

Cultural and social context weigh more heavily in causation of depression. In the same international studies cited above, prevalence rates for major depression varied from 2 to 19 percent across countries (Weissman et al., 1996). Family and molecular biology studies also indicate less heritability for major depression than for bipolar disorder and schizophrenia (NIMH, 1998). Taken together, the evidence points to social and cultural factors, including exposure to poverty and violence, playing a greater role in the onset of major depression. In this context, it is important to note that poverty, violence, and other stressful social environments are not unique to any part of the globe, nor are the symptoms and manifestations they produce. However, factors often linked to race or ethnicity, such as socioeconomic status or country of origin can increase the likelihood of exposure to these types of stressors.

Cultural and social factors have the most direct role in the causation of post-traumatic stress disorder (PTSD). PTSD is a mental disorder caused by exposure to severe trauma, such as genocide, war combat, torture, or the extreme threat of death or serious injury (APA, 1994). These traumatic experiences are associated with the later development of a longstanding pattern of symptoms accompanied by biological changes (Yehuda, 2000). Traumatic experiences are particularly common for certain populations, such as U.S. combat veterans, inner-city residents, and immigrants from countries in turmoil. Studies described in the chapters on Asian Americans and Hispanic Americans reveal alarming rates of PTSD in communities with a high degree of pre-immigration exposure to trauma (Chapters 5 and 6). For example, in some samples, up to 70 percent of refugees from Vietnam, Cambodia, and Laos met diagnostic criteria for PTSD. By contrast, studies of the U.S. population as a whole find PTSD to have a prevalence of about 4 percent (DHHS, 1999).

Suicide rates vary greatly across countries, as well as across U.S. ethnic sub-groups (Moscicki, 1995). Suicide rates among males in the United States are highest for American Indians and Alaska Natives (Kachur et al., 1995). Rates are lowest for African American women (Kachur et al., 1995). The reasons for the wide divergence in rates are not well understood, but they are likely influenced by variations in the social and cultural contexts for each subgroup van Heeringen et al., 2000; Ji et al., 2001.

Idioms of distress are ways in which different cultures express, experience, and cope with feelings of distress. One example is somatization, or the expression of distress through physical symptoms (Kirmayer & Young, 1998). Stomach disturbances, excessive gas, palpitations, and chest pain are common forms of somatization in Puerto Ricans, Mexican Americans, and whites (Escobar et al., 1987). Some Asian groups express more cardiopulmonary and vestibular symptoms, such as dizziness, vertigo, and blurred vision (Hsu & Folstein, 1997). In Africa and South Asia, somatization sometimes takes the form of burning hands and feet, or the experience of worms in the head or ants crawling under the skin (APA, 1994).

Culture-bound syndromes are clusters of symptoms much more common in some cultures than in others. For example, some Latino patients, especially women from the Caribbean, display ataque de nervios, a condition that includes screaming uncontrollably, attacks of crying, trembling, and verbal or physical aggression. Fainting or seizure-like episodes and suicidal gestures may sometimes accompany these symptoms (Guarnaccia et al., 1993). A culture-bound syndrome from Japan is taijin kyofusho, an intense fear that one's body or bodily functions give offense to others. This syndrome is listed as a diagnosis in the Japanese clinical modification of the World Health Organization (WHO) International Classification of Diseases, 10th edition (1993).

Numerous other culture-bound syndromes are given in the DSM-IV "Glossary of Culture-Bound Syndromes." Researchers have taken initial steps to examine the interrelationships between culture-bound syndromes and the diagnostic classifications of DSM-IV. For example, in a sample of Latinos seeking care for anxiety disorders, 70 percent reported having at least one ataque. Of those, over 40 percent met DSM-IV criteria for panic disorder, and nearly 25 percent met criteria for major depression (Liebowitz et al., 1994). In past research, there has been an effort to fit culture-bound syndromes into variants of DSM diagnoses. Rather than assume that DSM diagnostic entities or culture-bound syndromes are the basic patterns of illness, current investigators are interested in examining how the social, cultural, and biological contexts interact to shape illnesses and reactions to them. This is an important area of research in a field known as cultural psychiatry or ethnopsychiatry.

But R. Johanan inclined to one side and read the Shema' !

It is different with him, because he was corpulent.

Ergo, being fat was not considered a problem in virtue in those days.

for Video Shiur click here to listen:  Psychology of the DAF Shabbos 147

Photo by Matteo Maretto on Unsplash